In 1968, when Apollo 8 was orbiting the moon with humans on board, the three astronauts, Bill Anders, Jim Lovell, and Frank Borman, took turns reading the first 10 verses from the Book of Genesis. (“In the beginning God created the heaven and the earth,” etc.) 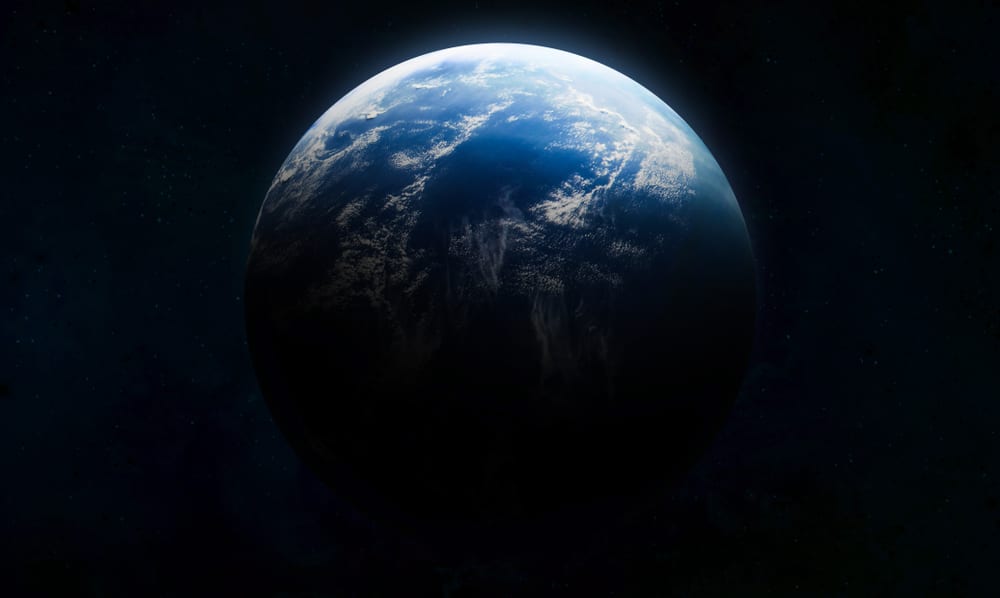 Madalyn Murray O’Hair, the president of American Atheists who, years earlier, had successfully challenged the practice of forced Bible readings in public schools, sued NASA, saying this was government endorsement of religion. She may have had a point in theory, but the courts dismissed the case in part because they just didn’t think it was a big deal. The flight itself wasn’t about promoting religion and the Genesis stuff was incidental, they implied.

The purpose of NASA is obvious: it is solely to accommodate the astronauts, a perfectly legitimate task especially when one considers the seriousness of the mission. Literally, a national effort, consisting of thousands of people, several billion dollars, and ten years, had been expended to achieve the goals of the space program. The astronauts were a key factor in the success of this program, and they were undertaking this mission at great risk to their own lives. It is approaching the ludicrous to hold that NASA could not have incurred this minor and incidental expense in order that the astronauts may attain a greater peace of mind in this serious undertaking.

The year after she filed the lawsuit, Buzz Aldrin became the second person to ever set foot on the moon on the Apollo 11 flight. Before that happened, in the hours between when the astronauts landed on the moon’s surface and Neil Armstrong took that first step, Aldrin took communion. In his book Magnificent Desolation: The Long Journey Home from the Moon, Aldrin talked about how he somewhat regretted doing that even though it wasn’t broadcast to the public.

Perhaps, if I had to do it over again, I would not choose to celebrate communion. Although it was a deeply meaningful experience for me, it was a Christian sacrament, and we had come to the moon in the name of all mankind — be they Christians, Jews, Muslims, animists, agnostics, or atheists…

That’s precisely the thinking that O’Hair was getting at: Going to the moon was a magnificent human achievement. It certainly wasn’t a victory for one religion. Even if the astronauts themselves were people of faith, to broadcast their prayers for the world, as they did during Apollo 8, was a choice the government made. It was the wrong one, whether or not it was illegal.

I bring that up because today marks the 50th anniversary of Apollo 8 entering the lunar orbit. Astrophysicist Neil deGrasse Tyson noted the occasion by mentioning how the astronauts read from Genesis and then included this cheap dig at atheists:

While there, in a nationally broadcast address (and compelled as the first humans to witness Earthrise) they read in turn, the first ten verses of Genesis from the King James Bible…

NOTE: At the time, some Atheists complained ardently of this gesture. To whom I’d reply, “Were you the one witnessing Earth from a quarter million miles away? Then STFU.”

Yeesh. That’s a misfire. The achievement was incredible, but that doesn’t mean we should have just ignored the advertisement for Christianity. (If they read from the Qur’an, you can bet people would’ve raised a bigger fuss about it.)

Again, we can debate the legality of the move. But if NASA was looking for something universal to say at that moment, Bible verses were, even then, among the more divisive options. They could’ve done better. It’s not wrong for atheists, then or now, to say that.

Religion has done plenty of damage on Earth. We don’t need to ruin the rest of the universe with it.

(Image via Shutterstock. Thanks to Brett for the link) 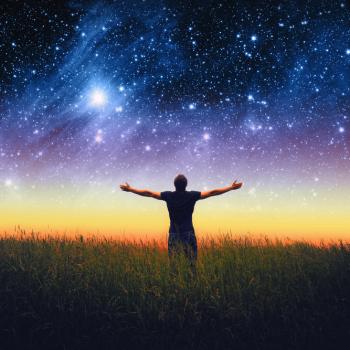 December 24, 2018
If Science and Religion are at War, Science is Winning
Next Post 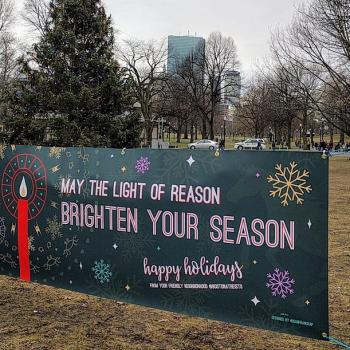