Even more amusing? It’s right near a Hobby Lobby and Chick-fil-A. 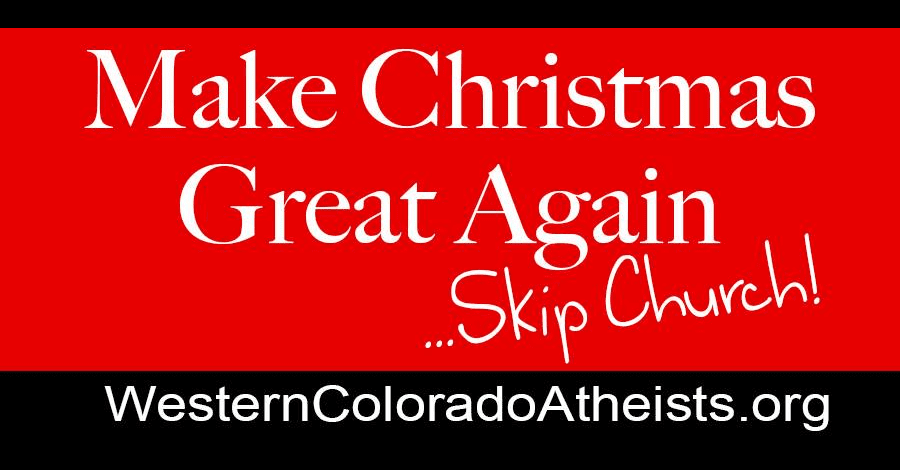 The $265 ad will only be up for a week, coming down on Christmas Day, but it’s already generating backlash from people who can’t handle opinions they’re not used to hearing.

“Christmas time, the focus should not be on organized religion, because organized religion has proven problematic lately. We’d rather the focus be on humanity, ethics, and respect for others,” said Board Member of Western Colorado Atheists and Free Thinkers, Anne Landman.

“They have a right to their free speech, but it would seem they could do that without being deliberately provocative,” said Fruita resident Robert Burkholder.

Ah yes. The old, “Free speech is great unless it upsets me” argument. It’s not even that provocative. You don’t have to skip church, but if you’re on the fence, give it a shot. You won’t miss much, and you can do better things with your time.

At least that guy was civil. Not all commenters were.

Now that the atheists are getting media attention for their sign, I suspect the nasty comments will continue. But I hope they also get some nods from people who aren’t used to citizens pushing back against religion, especially at this time of year. 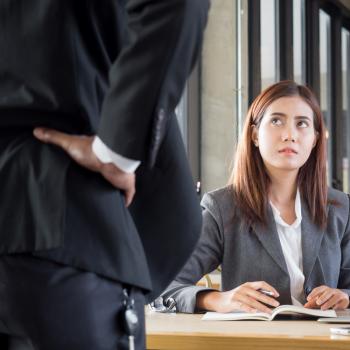 December 24, 2018 Woman Claims in Lawsuit That Former Boss Forced Her to Adopt Scientology
Browse Our Archives
What Are Your Thoughts?leave a comment