When it Comes to Honesty and Ethics, Trust in Clergy is at an All-Time Low December 20, 2018 Hemant Mehta

When it Comes to Honesty and Ethics, Trust in Clergy is at an All-Time Low

What profession has the highest rating in terms of honesty and ethics?

Gallup said today that nurses, once again, top their annual list with 84% of people ranking them positively.

Only 37% said the same thing about clergy members. That’s the lowest number religious leaders have received in 34 years of polling. 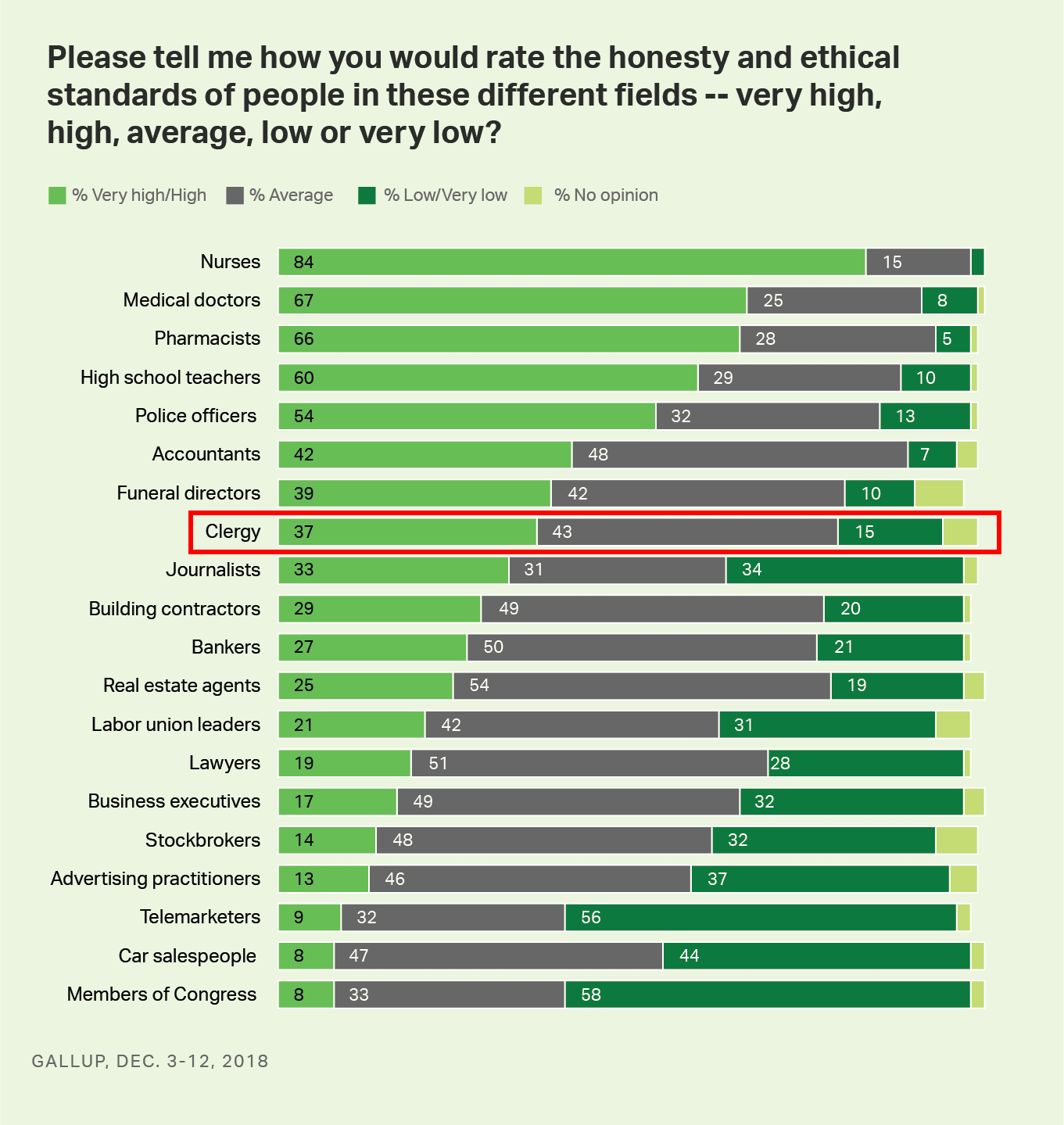 Just look at this glorious fall from grace:

That chart shows the number was at 52% as recently as 2012, but a number of self-inflicted scandals have likely caused the reputation of clergy to drop below 50%. This is the first time it’s dipped below 40%. (The all-time high was 67% in 1985.)

These latest low ratings of the clergy come on the heels of more investigations into child sex abuse by Catholic priests in the U.S. Currently, 31% of Catholics and 48% of Protestants rate the clergy positively.

I imagine white evangelicals embracing Donald Trump hasn’t helped much when it comes to honesty and ethics, either.

If you look at the raw data, it’s also interesting to note that the percent of people who ranked clergy as “very high” for honesty/ethics was a mere 8%. Everyone else ranked them lower. (The “very high” percentage for nurses, by comparison, was 28%.)

The numbers are incredibly low, especially for a profession where honesty and ethics are essentially a part of the job description. Nurses and doctors and cops and teachers all have to earn trust. Clergy members, I would argue, go into the job with a set level of trust and have to lose it. What this poll shows is that the other professions have maintained trust to varying degrees while religious leaders have squandered theirs. 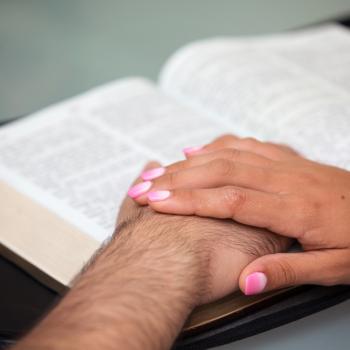