Project Blitz, the Christian Right’s Legislative Playbook, Is Expanding in 2019

Back in May, we learned about “Project Blitz,” the Christian Right’s three-pronged strategy to push their faith through the government. The name referred to the idea that if Christian politicians jammed legislatures with a variety of bills, some of them would eventually pass.

There were three categories of bills they hoped to pass: Symbolic ones (like putting “In God We Trust” everywhere), pro-Christian ones (like passing “Christian Heritage Week” resolutions), and anti-everybody-else ones (like bills that allow Christian business owners to discriminate against gay customers). 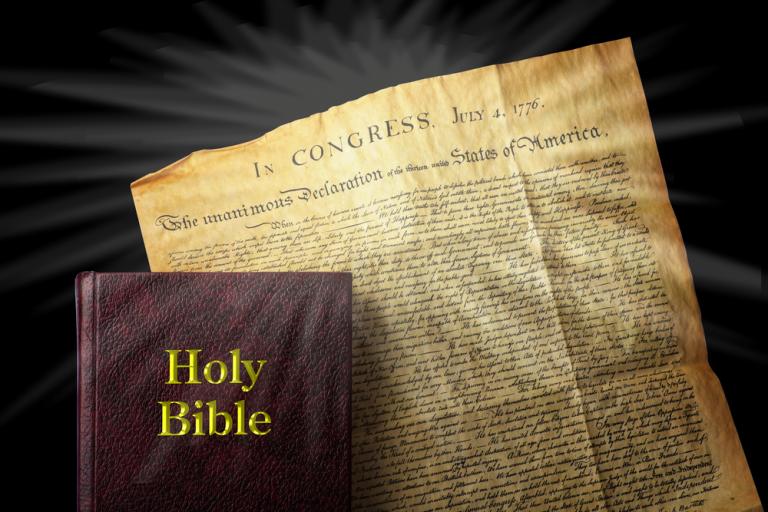 Frederick Clarkson, writing for Religion Dispatches, has both an update on how the first year of the project went along with an update on what Project Blitz hopes to accomplish in 2019.

It’s not just theoretical. Clarkson notes that the “playbook” is now 148 pages, up from 116 a year ago. So what kind of church/state battles should we expect in the coming years?

First, there are three specific goals these Christians hope to accomplish. One of them, a “free speech” policy, is legislation that says public schools can’t get in the way of students who want to pray. (Spoiler: No one was getting in the way of that.) Another makes sure “In God We Trust” license plates are available in every state. The third, which was also a 2018 goal, is much more disturbing. It urges states to pass resolutions “favoring sexual intercourse only between a man and a woman.”

That doesn’t violate the Supreme Court ruling legalizing marriage equality, they say; it just lets states affirm that straight sex is the best sex because — according to their sample legislation — “the health care costs for HIV/AIDS… are highly significant, estimated to be in the billions of dollars annually in our nation.”

See? It’s not anti-gay! It’s about public health! (Brought to you by the same people who opposed the Affordable Care Act.)

Clarkson notes that this also contributes to the anti-LGBTQ rhetoric of evangelical Christians who oppose gay couples adopting kids or taking in foster children.

Just as in the 2018 manual, “this information” refers to pages of material of questionable scientific value about LGBTQ people, leading to the conclusion that LGBTQ people are diseased and dysfunctional. These are used in their argument, for example, in the anti-adoption and foster care bill, to suggest that LGBTQ people are a threat to children. This led them to title the model bill the “Child Protection Act.”

As for the three big categories from 2018, they still exist. There are multiple examples of Christian-approved legislation regarding “our country’s religious heritage,” sample proclamations “recognizing the importance of religious history and freedom,” and resolutions that protect their idea of “religious liberty” (which apparently also means denying the existence of transgender people).

Clarkson says the details may change in coming years, but this is the guidebook for what the Christian Right will pursue for years to come, no matter who’s in power:

It will be up to reasonable legislators — and their constituents — to recognize and push back against these bills when they crop up. Again, no one on the church/state separation side wants to curtail the actual religious freedom of Christians. That’s never been the goal. But this legislation uses the guise of faith to promote harmful policies that treat religious “neutrality” as a four-letter word, disparage LGBTQ people, and give preferential treatment to Christians who want to push their beliefs on everybody else.

If Muslims released a similar playbook, you’d hear about nothing else on FOX News for weeks on end. But because this is an effort by the Religious Right, it may very well go under the radar. That means some of these bills and resolutions could be brought up without controversy. We may not realize what’s happening until it’s too late. 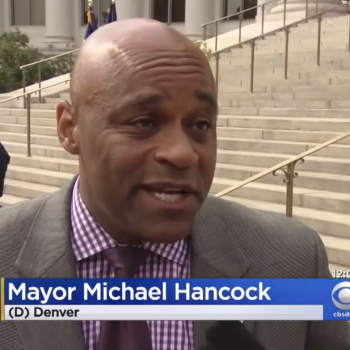 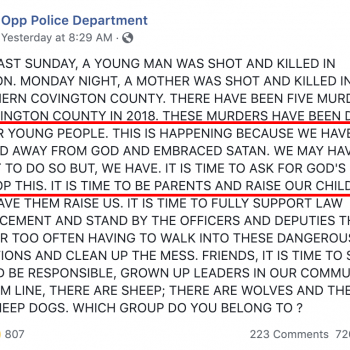