The Satanic Temple is now directly involved in a lawsuit involving the illegal Ten Commandments monument outside the Arkansas Capitol.

It was April when State Sen. Jason Rapert (below) defied warnings from church/state separation activists and installed a stand-alone Ten Commandments monument outside the State Capitol. Within a month, two separate groups had filed lawsuits against the state.

One of the lawsuits was filed by a coalition of non-theistic groups, including the Freedom From Religion Foundation, the American Humanist Association, the Arkansas Society of Freethinkers, and seven individuals (both religious and nonreligious) who live in the state.

The sole defendant was Secretary of State Mark Martin who allowed all this to happen.

Their basic argument went like this: A stand-alone Christian monument violated both the state and U.S. constitutions, since they both prohibited government establishment of religion. And this was, no doubt, a Christian monument. Rapert said so multiple times, as did donors to his GoFundMe page. The Arkansas legislature was warned about the legal problems during public hearings… but they ignored the critics. Not only that, legal precedent is clear that these kinds of monuments are illegal. Even the Supreme Court has weighed in on this.

We still await a decision on those lawsuits, but in the meantime, it seemed a bit strange that neither lawsuit involved The Satanic Temple.

You may recall that they applied to put up their own statue of Baphomet via the same process used to approve the Christian display… but they were rejected.

They filed a motion in July to act as “intervenors” in this legal battle. In short, that meant they were asking the courts to let them join in the litigation because they would directly be affected by how a judge rules on this matter in the other lawsuits. It was a way to piggyback on the other cases.

The plaintiffs in that case, including co-founder Lucien Greaves and Arkansas member Erika Robbins, weren’t demanding that the court take down Rapert’s Christian monument (like the other groups). While the Satanists admitted the monument was illegal, they were offering an alternative remedy: Just install our statue on the Capitol grounds.

(That motion to intervene also included this amazing line: “Lucien Greaves visited Arkansas during the second installation of the Ten Commandments Monument and was personally offended by its erection.”)

Last night, the Satanists got the news they wanted: Their motion was accepted. U.S. District Judge Kristine G. Baker said they had legal standing, they weren’t just doing this for shits and giggles, and they had a lot to gain or lose based on the court’s ruling.

The Satanists now have a week to file an amended complaint.

Sen. Rapert didn’t respond to a request for comment, but he now has a civil rights group, atheists, and Satanists fighting against his illegal advertisement for Christianity. He’s going to lose. It’s just a matter of time. 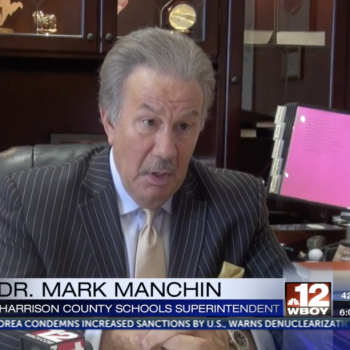 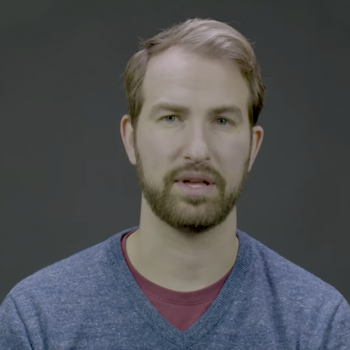