Last year, we learned about an elective “Bible in the Schools” course offered in West Virginia’s Mercer County Schools. It was intended to teach children about the Bible in an objective way, offering cultural literacy and looking at the book from a literary perspective. In reality, though, it was nothing more than glorified Sunday School.

The Freedom From Religion Foundation eventually sued the district over these courses, saying that their plaintiffs, Elizabeth Deal and her daughter Jessica, were forced to transfer schools because of the harassment Jessica faced as a result of not taking the classes. Furthermore, the courses were indoctrinating students into Christianity by treating the material as fact instead of looking at it objectively.

From a church/state perspective, it’s the latter issue that’s a problem. But first the Deals would have to convince a judge they had legal standing to bring about the case.

It didn’t work. A judge agreed with the district that, since the Deals were no longer in the district, they had no right to sue. The judge also said that since the district had temporarily suspended the courses (promising to bring them back only after revisions), the whole lawsuit was moot.

There was no reason to rule on the constitutionality of the course because the prerequisites to bring about the lawsuit weren’t met.

However, the Deals appealed the decision, and the 4th U.S. Circuit Court of Appeals has now ruled (unanimously) that they have ample standing to sue the district over the constitutionality of the courses. In other words, this case can’t be dismissed on a technicality. A judge will have to rule on the merits.

To understand what’s going on with these classes, it helps to go over their history. The Mercer County Schools have been offering “elective” Bible courses at the elementary and middle school levels for more than 75 years, but students like Jessica who didn’t participate in the courses were basically treated like pariahs and bullied by their peers.

The courses themselves violated the law because it was indoctrination, pure and simple. FFRF laid out the evidence for that claim in their initial lawsuit:

By no means was any of that legal. But the courts wouldn’t even look at any of that unless the plaintiffs had standing… and a judge said they did not.

That’s where the appeals court ruling comes in. In a unanimous opinion that marks another loss for the conservative First Liberty Institute, the judges agreed that the Deals had every right to sue the district.

… If the district court were to enjoin the County from offering the [Bible in the Schools] program to students in the future, Deal would no longer feel compelled to send Jessica to a neighboring school district to avoid what Deal views as state-sponsored religious instruction.

Applied here, the “opportunity” to return Jessica to her home district, in addition to alleviating appellants’ ongoing feelings of marginalization, is surely a “tangible benefit” sufficient to confer standing.

So this wasn’t moot. If the district changed what it was doing, it would have a direct impact on the family. A decision on the merits was needed. And now the Deals will get that since the case will go back to the district level where it can’t be dismissed.

FFRF rejoices over this triumph for secularism.

“We hope the school district will finally put an end to these indoctrinating bible classes — and to any attempts to bring them back,” says FFRF Co-President Annie Laurie Gaylor. “No family should suffer the way this family did just because it was unwilling to have religion forced upon it in a public school system.”

As I’ve said before, Christians would be freaking out if the Qur’an were being taught in the same preachy way the Bible is right now in this District. They didn’t need a year to figure out if a line was crossed. They just needed to substitute another religion in place of Christianity and the illegality would’ve been obvious.

The district should be freaking out. They were hoping to get this case dismissed on technicalities. But now the courses will be judged for their constitutionality, and it seems glaringly obvious that they were violating the law in that regard.

December 18, 2018
A "Snaketivity" Display in the Illinois Capitol is Still Angering Conservatives
Next Post 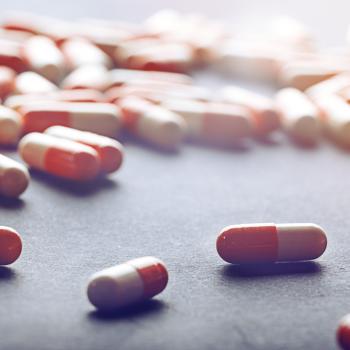 December 18, 2018 In Russia, One Man is Rebranding Homeopathy as a Cure for HIV… and Succeeding
Browse Our Archives
What Are Your Thoughts?leave a comment