A “Snaketivity” Display in the Illinois Capitol is Still Angering Conservatives

The Satanic display in the Illinois Capitol can’t catch a break. The display, which says “Knowledge is the Greatest Gift” and features a woman’s hand holding an apple while a snake surrounds it, is infuriating Christians who can’t believe they have to share public space with an idea that makes them uncomfortable.

As we noted earlier, Republican State Sen. Paul Schimpf sent a letter to the secretary of state demanding the removal of the “Snaketivity.”

Now we know he’s not alone.

Over the weekend, a Pennsylvania-based Catholic group called the American Society for the Defense of Tradition, Family and Property held a protest against the display outside the Capitol.

“No government entity should promote the father of lies, as this is contrary to the good they are called to uphold in society,” Preston Noell, with the society’s Chicago chapter, said Sunday. “These public Satanic offenses are a direct mockery of Christ’s nativity and these attacks must be met with opposition, which we are adhering to with prayer.”

Noell said the Satanic display was one of several attempts to “shut down” Christians and “attack Christian civilization.”

“We are a Christian nation,” Noell said. “We believe in our Lord Jesus Christ … and to equate Satanism with anything that is religious like this is an affront to reason.”

Just to be clear, this Catholic is angry about a display that celebrates knowledge because he thinks it mocks his faith. He’s really just proving their point… In any case, it’s not an attempt to shut down Christians, because the Satanists made it clear they just wanted the same treatment afforded to other religious groups. Not special rights. Equal rights.

And it’s hard to believe this group really cares about what’s good in society when the Catholic Church in Pennsylvania was the subject of the grand jury report listing hundreds of abusive priests and more than a thousand victims.

They could stand to learn some lessons about goodness from these Satanists.

GOP State Sen. Chapin Rose also chimed in with his own letter to the secretary of state, urging him to take down the Satanic sculpture. Even better? He described himself as a staunch defender of the First Amendment.

The First Amendment’s “free exercise clause” specifically guarantees all religions the right to freely exercise their beliefs and practices. In this instance, the Christian and Jewish faiths are engaged in their Constitutional right to “free exercise.” The satanic cult, by its own admission (not to mention the law of common sense), is not a religion — therefore, there is no claim to “free exercise” by such a group.

Who is Rose to decide what’s a religion and what isn’t? Incidentally, a judge in Arkansas said yesterday that Satanists could sue over a Ten Commandments monument precisely because they weren’t just faking it.

Indeed, its forced inclusion is robbing the Christian and Jewish believers of their own “free exercise.” Nowhere in the Constitution does it say that government, in this case Secretary White, must force Jewish and Christian believers to include the satanic temple in their holiday celebrations — indeed, such an interpretation can only be made through gross negligence or intentional misapplication.

How does the Knowledge Fist Satanic Snake statue prevent Christians and Jews from their own free exercise? They are allowed to put up their displays and look at them. No one’s stopping them. No one’s forcing them to include the Satanic display in their celebrations. Just as we have to do with the Nativity, if they don’t like the display, they can walk past it.

You would think a state legislator would know when he’s contradicting himself, but Illinois Republicans aren’t a particularly intelligent bunch. Hell, they let a real-life Nazi win the nomination for a congressional seat.

But this is all the opponents have: Dumb arguments expressed in whiny ways. The law isn’t on their side, and the secretary of state’s office has (to their credit) made that very clear. 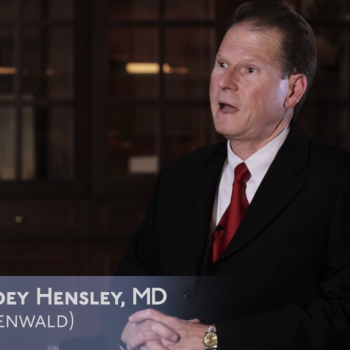 December 18, 2018
A First Amendment Expert Fixed a Legislator's Column About Christmas and Schools
Next Post