Tennessee State Sen. Dr. Joey Hensley is one of those Republicans who thinks he’s doing everybody a favor by reminding them of the rules surrounding Christmas and public schools — what’s acceptable and what’s not. If you were worried about saying “Merry Christmas,” don’t worry! Hensley has got your back on this one! 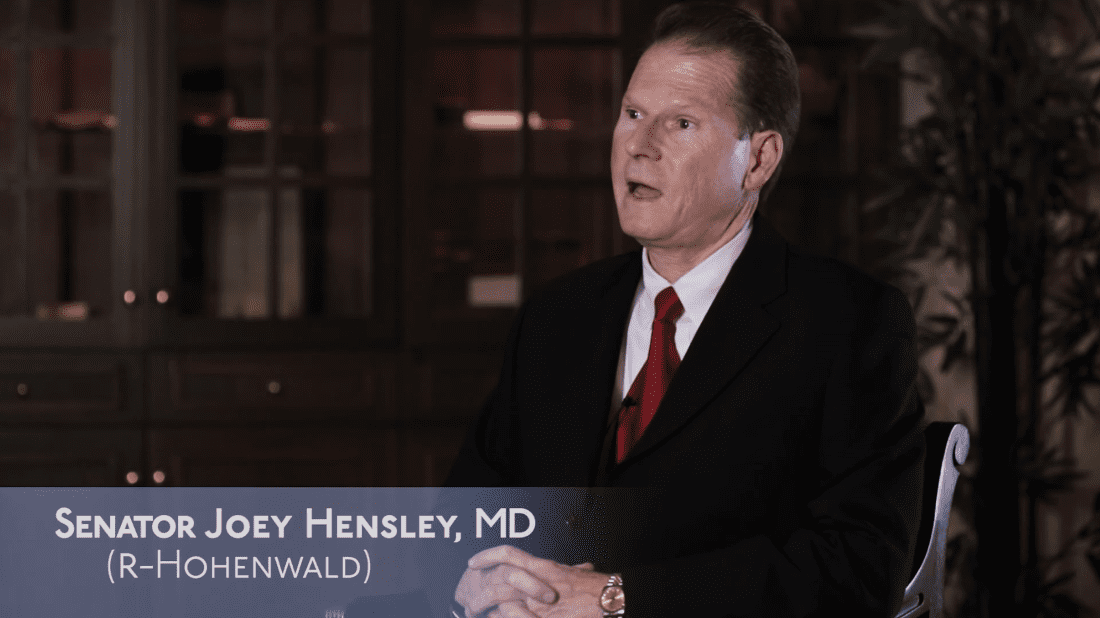 In an article for the Lewis County Herald, Hensley elaborates on all this. But rather than reading his promotion of Christianity, you should check out Freedom From Religion Foundation attorney Andrew Seidel‘s annotations of the piece. Using a Genius plugin that allows him to directly insert notes on the website, you can see what a First Amendment expert has to say about everything Hensley is pointing out. 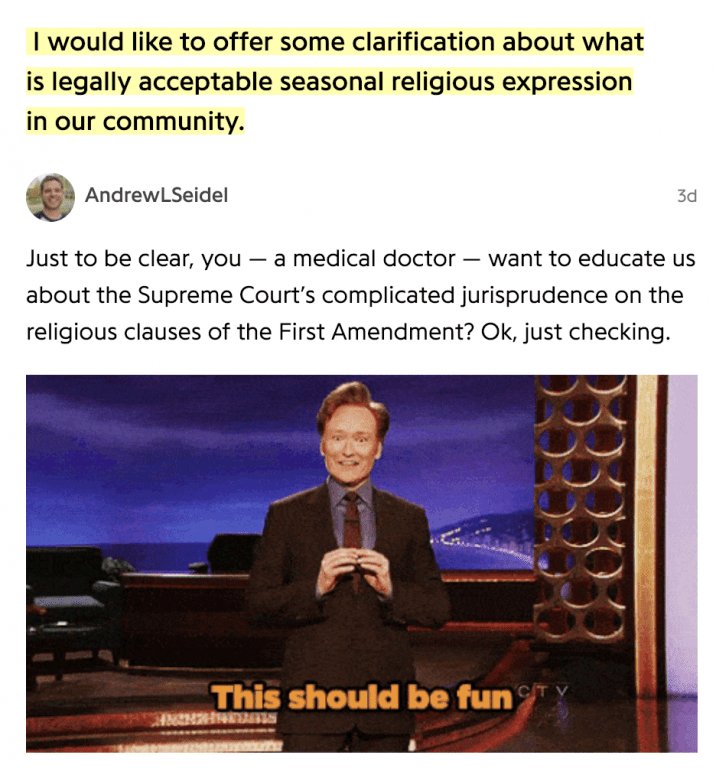 Or like when Hensley claims church/state separation advocates are “on a mission to remove all references to religion from schools, government buildings, and public property.”

Nope, that’s not a thing. I’ll never understand why people insist on beating a straw man when there are real people who would happily debate this. There is no mission to “remove all references to religion.” The goal is to ensure that our government is secular, as the Constitution intends…

At school, students can sing Christmas carols at concerts, teach the biblical origins of Christmas, and perform the Christmas story of Mary, Joseph, Jesus, and the shepherds.

In fact, says Seidel, FFRF has successfully sued public schools for pushing the Nativity on students since that’s just an advertisement for Christianity. There’s nothing secular about Christian mythology.

My favorite bits include Seidel’s comments on all the legal cases cited by Hensley. Instead of supporting his arguments, like Hensley thinks he’s doing, many of the cases contradict or have nothing to do with what he’s talking about. But Seidel knows the cases and why they don’t apply.

All articles by ignorant legislators (hell, ignorant people in general) should be treated this way.

December 18, 2018 A "Snaketivity" Display in the Illinois Capitol is Still Angering Conservatives
Browse Our Archives
What Are Your Thoughts?leave a comment