Anyone who’s been to Denver, the “Mile High City” in Colorado, knows that you need time to acclimate yourself to the new altitude. The lower levels of oxygen can lead to headaches, nausea, and fatigue. But give yourself a couple of days and your body will inevitably adjust. That’s how it works.

E.W. Jackson, the Christian activist who said last week that it was a travesty that two Muslim women were elected to Congress, recently visited Denver… and he had a hard time adjusting to the new altitude. But by the time he preached on a Sunday, he was all better.

Of course he was. That’s how it works.

But he gave all the credit to (you guessed it) God.

But folks, for the first couple of days I couldn’t breathe! I was at 8,500 feet and I couldn’t breathe. And that really threw me, because I didn’t sleep a wink the first night I was there. Not a wink. I couldn’t. I tossed. I turned. I panted. Every three steps… you know, that attitude, 8,500 feet in the sky, way up in the mountains, affects different people different ways. It affects everybody. But some people more than others. In fact, I was told that some people have far worse cases of altitude sickness than I did. And mine was pretty bad. It was because, of course, the first day I had things to do, and I hadn’t slept a wink the night before… you can imagine how that felt. I mean, but the Lord got me through it.

But, you know, here’s the interesting thing. I mean, they gave me oxygen. They gave me oxygen and drops for my water. My doctor sent me some medication. I mean I had all this stuff. But you know what? When it really ended? The truth folks, the truth.

I had to preach on Sunday morning at Grace and Faith Church in Woodland Park, pastored by Richard Harris — great, great church. Great great people. And folks, when I began to preach, I came under the anointing of God, and the anointing broke that thing.

I’m serious. From that moment… leading up to that time, you can imagine what I was thinking. Lord, am I going to be able to even get through this. I mean, my goodness. I’ve been having a hard time catching my breath. And you know I was a little concerned, but I also knew the power of the anointing. And I said… when I start preaching, that thing will just lift off of me, and then after I’m preaching, you know, we’ll see. I preached and I’ll tell you, when I got done, that thing was broken.

I’m serious. I had no problems after that. None. So you know what? The anointing really is the yoke destroying, burden-removing power of Almighty God. I’m a living witness to that.

Or maybe it had been a few days and his body just adjusted for reasons physiologists can fully explain. Sometimes, we point to God when there are gaps in our knowledge. This isn’t one of those cases. This is just a man who rejects science and points to God at all times because reality is too hard for him to comprehend. 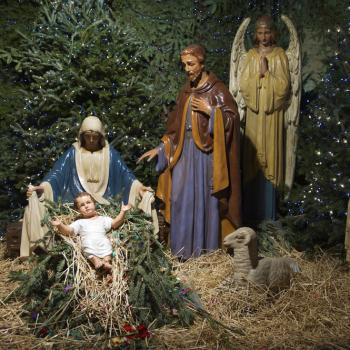 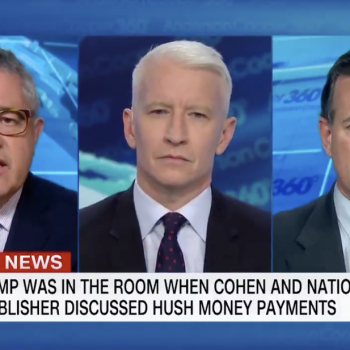