On December 21, just four days before Christians celebrate Christmas, a Satanic group in Michigan will erect a haloed goat head statue on the state capitol grounds. 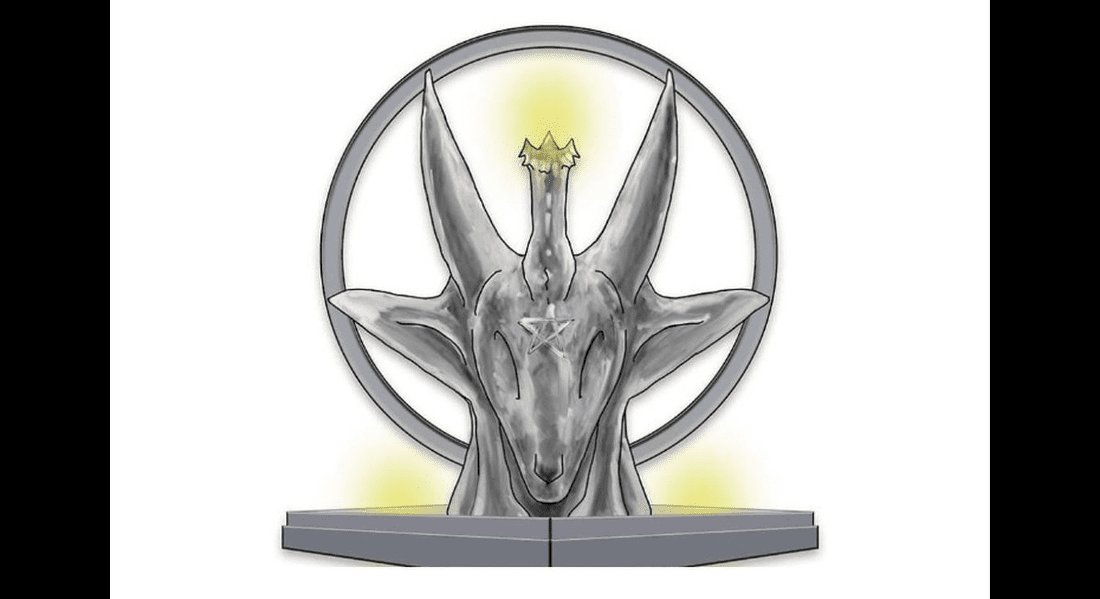 The “Star of Reconciliation” display, commissioned by the West Michigan Friends of the Satanic Temple, will replace the “snaketivity” that has gone up in the past.

“We realized that if we were going to do it, we needed to make our own monument,” said Renard Seir, spokesperson for the West Michigan Friends of the Satanic Temple.

Members of the West Michigan group, which has yet to become a bonafide temple chapter, wanted to help the Detroit chapter with the “snaketivity” display last year, Seir said. Nobody could track down the snake-wrapped effigy, so they decided to strike out on their own this year.

When asked about the status of the West Michigan group, Satanic Temple head Lucien Greaves told us that the national group likes to “work with prospective chapters on a project before green lighting them for full chapter status.” This particular group is pending review, possibly until after this project’s eventual completion.

The new statue, as you’d expect, is filled with rich Satanic symbolism.

… The statue is the haloed head of a Baphomet, an occult symbol, with a star on its forehead. LED lights will shine upward from the statue’s base…

As much as it is a display in celebration of the Satanism — which values science, individual freedom, common sense and empathy, according to the Satanic Temple’s website — the Star of Reconciliation is a celebration of Satanists’ rights to publicly observe their religion, Seir said.

The display is set to rival a Christian one by State Sen. Rick Jones, a Republican who promised voters he would erect a Nativity scene outside the Capitol during his entire term in office. He is leaving his position at the end of this year, and he hopes another Christian lawmaker will pick up where he left off.

Jones, a Christian, said it’s worth the work to keep “Christ in Christmas.” While he supports other religious groups efforts to celebrate holidays with Capitol lawn displays, he cast barbs at the timing of the Satanic group’s exhibit.

“I do feel, however, this Satanic Temple group doesn’t really have a holiday they’re celebrating, they’re just doing it to taunt Christians,” he said. “My advice to everyone is to simply ignore them.”

The Baphomet display is no “taunt,” Seir said.

“We do appreciate [Sen.] Jones’ commitment to supporting the First Amendment,” Seir said. “It is disappointing, but not surprising, that he does not wish to recognize the Satanic Temple or Satanism as a legitimate religion.”

Although he rankled at the description of their display as a “taunt,” Seir acknowledged an inherent challenge because “the default status quo seems to be that December belongs only to Christians.”

This is what more Christians need to understand. Not everything is about them, and that includes religious displays like this… and the month of December. It’s not about persecution; it’s about equality.

December 12, 2018
Once Again, House Republicans Are Trying to Repeal the Johnson Amendment
Next Post 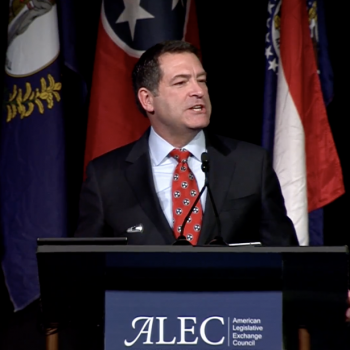