Within a matter of hours, the city of Ozark, Missouri went from respecting the law to choosing to ignore it.

Officials received a letter from the Freedom From Religion Foundation urging them to remove a cross that had been created around a utility pole and lit up in the evenings. 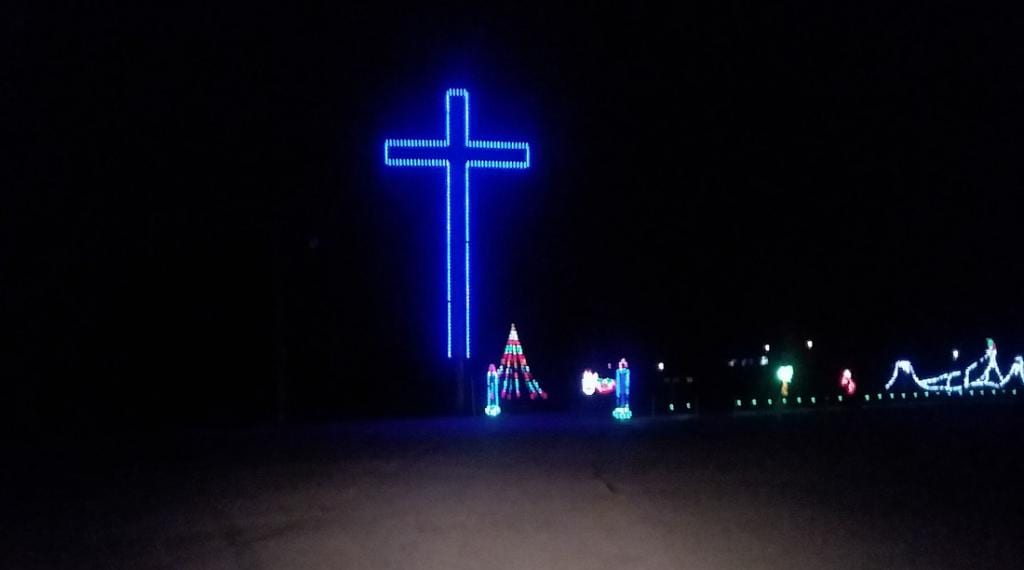 It’s clearly government promotion of Christianity, and once the city officials realized this, they said they wouldn’t light it up (in the short term) and work to take it down (soon after). They explained their reasoning on Facebook:

While we respect the interests of those who have long enjoyed the holiday display in Finley River Park, we must acknowledge the Federal Constitution and its interpretation by the U.S. Supreme Court. This letter has brought a concern to our attention and we cannot ignore the First Amendment which protects freedom of speech, protects freedom of the press, protects the right of the people to peaceably assemble, and prohibits the government from making laws or taking actions that may promote or prohibit one religion over another.

It is the position of the City of Ozark that leaving a religious symbol on public property, in this case a cross, will result in a law suit that we will not win as the other communities throughout the U.S. and our own region have tried this and lost.

Bravo! That message offered a solid understanding of how the law works.

And then a few hours passed and they changed their mind.

We released a press release earlier with the facts as they have been presented to us thus far. As the day unfolded and citizens commented on this topic, we have determined that in the best interest of all parties we shall continue working through the legalities of the situation. Therefore, the cross in the Finley River Park will remain in place until a further due diligence can be completed regarding this matter.

So they decided to ignore the law because people complained… who knew the First Amendment was subject to a popular vote? It’s the wrong move and one that sets the city up for failure in court and a large payout by taxpayers.

Mayor Rick Gardner also chimed in with this bit of ignorance:

The controversy about the lighted Cross in the park is not over. The cross is NOT down and will be lighted tonight. We have heard your thoughts and agree with them. We are now assessing all our options for addressing this situation. Stay tuned.

Besides the person who spoke with FFRF, does Ozark have anyone who gives a damn about the law? Or are they all this irresponsible?

Gardner didn’t help himself with comments suggesting this was undoubtedly a Christian symbol.

Gardner said he had received possibly “hundreds” of phone calls, texts and other messages from the Ozark community.

“Everybody wants it up,” Gardner said. “One lady is crying. This is part of Ozark. This is Christian County, for Pete’s sake.“

If and when this case goes to court, FFRF should send Gardner some flowers for making their job so easy. He’s admitting the cross is there to promote the majority’s faith, precisely what courts say is illegal for the government to do.

The best part? He kept talking!

Gardner acknowledged that church-and-state legal battles are often a losing proposition for municipalities.

“The city can’t afford to buy two new police cars the police department wants,” he said, “so how can we afford to fight an expensive lawsuit?”

He added, “it’s clearly — the cross is clearly a Christian symbol. I don’t know if you’re a Christ-follower or not, but this really hacks me off.”

I swear, this guy has to be a mole. No Christian mayor ever gives away the game this easily.

FFRF hasn’t indicated their next move, but this cross is bound to come down if the city refuses to obey the law and there’s a local plaintiff willing to bring a lawsuit. It’s just a matter of time. 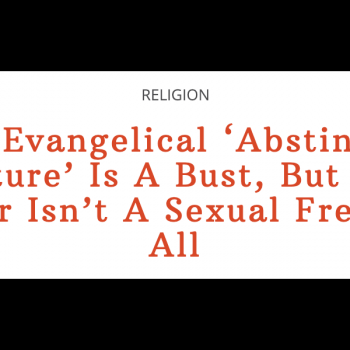 December 11, 2018
I Didn't Realize These Were the Only Two Options When It Came to Sex
Next Post