With Florida’s next governor, Republican Ron DeSantis, ready to take the helm, you can bet science education isn’t on the list of priorities. We saw the first sign of that recently when DeSantis “announced his 41-person team to develop a plan aimed at implementing his education goals.”

On that list? Two people who are connected to a movement to downplay the effects of evolution and climate change in classrooms across the state. 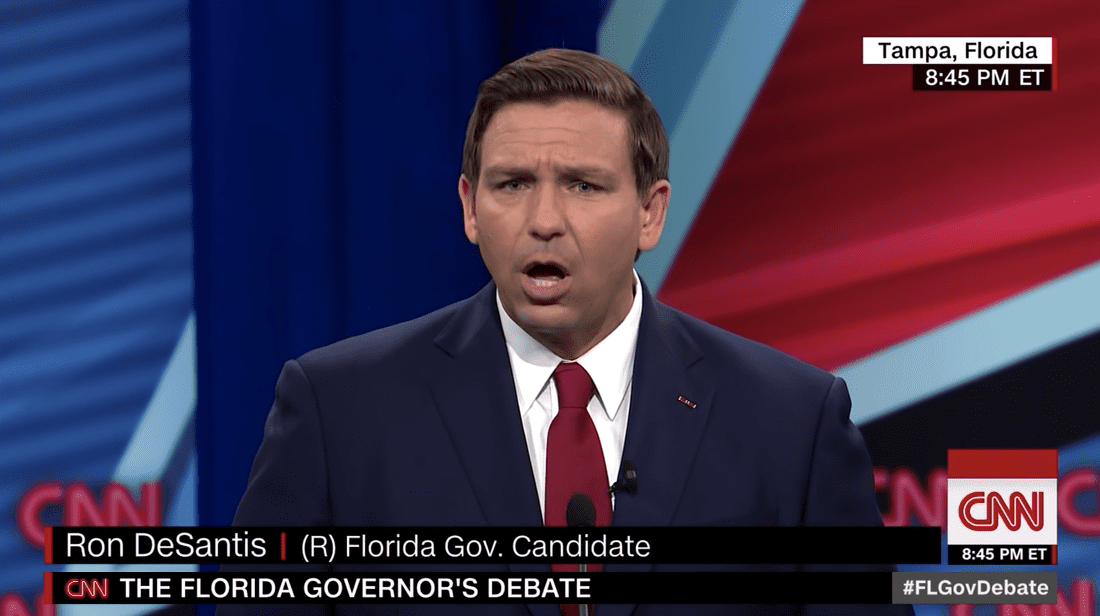 One of them, Keith Flaugh, is the managing director of the Florida Citizens Alliance, a local advocacy organization which supports “individual rights.” In Collier County, Flaugh submitted dozens of objections to science textbooks, alongside three other residents also affiliated with the FCA.

“Man-made global warming [is] presented as fact when it is still very much a theory!” he wrote in one of the challenges. In another: “Books that treat evolution as a proven science are discriminating and bully children and families against their religious beliefs.”

Accompanying Flaugh on DeSantis’ transition team is Erika Donalds, the wife of the lawmaker who sponsored the curriculum-challenge law. Donalds also previously served on the Collier County school board, where she voted in favor of removing the materials Flaugh and others challenged in that county.

Sawchuk notes that two people on a 41-person board may not have a lot of sway, but their appointments could embolden conservatives who can act locally and get in the way of science education.

Brandon Haught, the communication director of Florida Citizens for Science, a group that has closely tracked the local challenges, wrote on the group’s blog that he’s particularly concerned about what happens if DeSantis prioritizes a review of the state’s science standards.

“If it is indeed a ‘complete review’ then I have no doubt that evolution and climate change will be heavily scrutinized in the science standards, especially if Flaugh and Donalds have any role,” he wrote. “Strap in. The next few years are going to be a wild ride.”

Besides the obvious concern, questioning basic science would do a disservice to students who won’t be prepared for college courses. If kids are taught that climate change isn’t as serious as it is, or that there are significant problems with the theory of evolution, you’re not ready for higher education. You can’t be when you don’t even have a basic one. But this is a concern Florida parents will now have because voters, once again, chose an ignorant Republican rather than an educated Democrat.

December 11, 2018
Bishop: Women Who Are Sexually Abused "Probably Did Much to Cause the Assault"
Next Post