On Friday, a serial arsonist torched another Jehovah’s Witnesses Kingdom Hall in Thurston County, Washington. It was the fourth in-county arson attack on a JW building since the string of incidents began back in March. Also, in mid-May, a Kingdom Hall in Yelm was hit by more than 30 rounds from a rifle.

No one has been hurt so far, but the damage is considerable, and Jehovah’s Witnesses in Washington are understandably beginning to feel more than a little besieged.

Yesterday, on CNN, county sheriff John Snaza (pictured below) was quoted as follows:

… it’s sickening to think of someone attacking houses of worship out of “some sort of animosity towards any religion.” 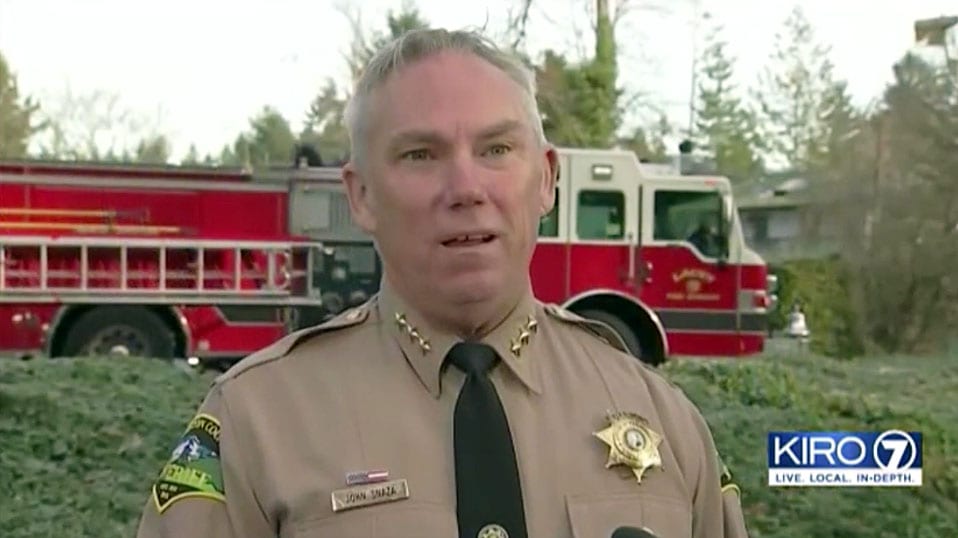 If I’m understanding him correctly, he’s essentially saying that there may be a militant atheist at work here. Unless Snaza has a solid lead that would prove any such thing, he might do better to stop shooting off his mouth for now.

His theory is possible, of course, but is it plausible? If someone who is hostile “toward any religion” started to burn down houses of worship, why would he or she target only one religion — and why a marginal one like Jehovah’s Witnesses, which represents just 0.8 percent of the U.S. population?

It seems way more likely that the perp has it in for Jehovah’s Witnesses in particular, to the exclusion of other faiths (thus far anyway). This suggests either a disenfranchised current member or someone who has been disfellowshipped or who left in disgust voluntarily.

Pure and simple, the arson and the gunfire amount to domestic terrorism and deserve everyone’s straight-up condemnation — regardless of the attacker’s religious feelings, or lack thereof. 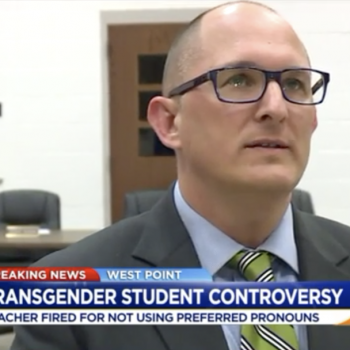 December 10, 2018
A VA District Was Right to Fire a Teacher Who Refused to Respect a Trans Student
Next Post