In what is surely the dumbest protest taking place in America, Christians picketed outside the courthouse in Ravenna, Ohio in order for the city to bring back a Nativity scene outside the government building.

Officials decided to remove the Nativity scene after realizing that last year’s display violated the law. Rather than keep the display and open the floodgates to atheists and Satanists and everyone else, Mayor Frank Seman chose the safer route of just not putting any displays up at all.

Because the city won’t be promoting their religion this year, Christians were marching on the streets.

Steve Wiandt of the Record-Courier was there for the protest and got this incredible quotation:

“We would like to have the Nativity scene come back on the courthouse lawn,” said David Ballert, pastor of Bethel Baptist Church in Ravenna. “I’m here with my people because we care very much about the Lord Jesus Christ … I believe Ravenna is a great town. I believe that a town deserves to have Jesus Christ in it.”

Ballert said 40-50 members of his church were holding signs and singing Saturday to demonstrate their love of Ravenna and Jesus. He said he and his flock also were demonstrating Dec. 1, and plan to return Dec. 22. He said he wants permission from “the powers that be” to return the Nativity scene to the Ravenna Courthouse Lawn.

How much do you want to bet these same people would be whining if a Satanist display went up next to their Baby Jesus…?

I don’t know how to break this to them, but no one banned Nativity scenes, and the government doesn’t owe any religious group free advertising. There’s no rule whatsoever that says the courthouse needs to have a Christian display outside — and plenty of rules that say promoting a religion violates the law.

Are the people at Bethel Baptist Church aware that they can put a Nativity in front of their building? Or even outside their homes?

It doesn’t sound like they have any knowledge about how the law works. They’re treating a lack of Christian privilege as automatic Christian persecution. They don’t give a damn about how anyone other than Christians might feel about their display. Apparently, the meaning of Christmas is to shove their faith in everyone’s faces — but if anyone else did that, there would be hell to pay. 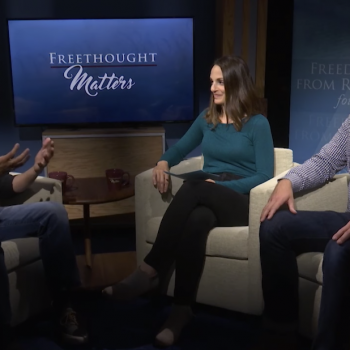 December 9, 2018
My Interview on Freethought Matters is Now Online
Next Post 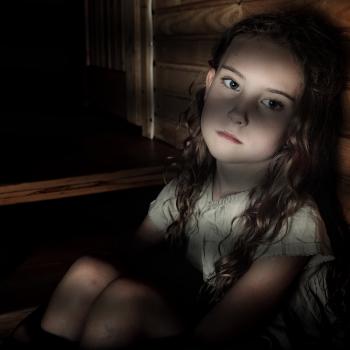 December 10, 2018 Exposé Reveals Network of Baptist Institutions That Shielded Child Molesters
Browse Our Archives
What Are Your Thoughts?leave a comment