A VA District Was Right to Fire a Teacher Who Refused to Respect a Trans Student December 10, 2018 Hemant Mehta

A few days ago, the West Point Public School Board in Virginia voted unanimously to fire Peter Vlaming, a French teacher who had taught for seven years, because he refused to call a transgender freshman with the pronouns “he” and “him.” Vlaming said his Christian faith prohibited him from treating the student with respect and dignity. 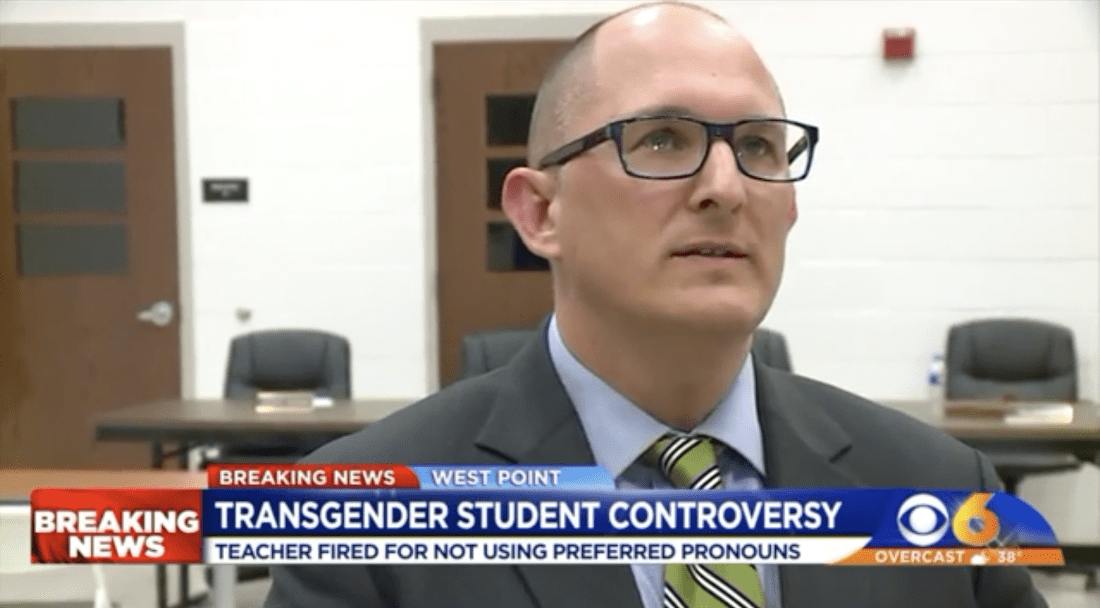 Principal Jonathan Hochman told the School Board that Vlaming refused to use the male pronouns to refer to the student because he considered it a “lie.”

“[He told me] I’ve had a slip-up and he went on to describe what happened,” Hochman described. “He goes, ‘the student was participating in an activity, almost walked into a wall and yelled out stop her.'”

Vlaming was told by the superintendent to call the student by the right pronouns. He refused. He was fired. Conservatives are flipping out. And now there’s a question of whether his firing was fair and whether a lawsuit will have to settle this.

The board later released this statement in defense of their action.

West Point Public Schools has the responsibility to ensure all students have a safe and supportive school environment where they can learn and thrive. We do not and cannot tolerate discrimination in any form, or actions that create a hostile environment for any member of our school family. Mr. Vlaming was asked repeatedly, over several weeks and by multiple administrators, to address a student by the pronouns with which this student identifies. The issue before us was not one mistaken slip of the tongue. Mr. Vlaming consistently refused to comply going forward — including in a statement made at the hearing — a willful violation of school board policy.

While we understand that some do not agree with our decision, we hope to have discussions that help West Point Public Schools move forward, maintain our focus on excellence and instruction, and make a positive impact on the lives of our community’s children.

This is precisely the kind of statement you would hope a school board would release. They don’t mention his faith, which makes sense, because it’s irrelevant. They’re speaking specifically of his actions while on the clock. They say Vlaming is violating his own contract by creating a hostile environment in the classroom and refusing to listen to higher-ups. In a way, then, this isn’t even about LGBTQ rights; it’s about a teacher who thinks the rules don’t apply to him.

His form of compromise was to never use a pronoun and just call the student by his requested name… but the fact that he has to switch gears when talking to (or about) the trans student in a way he never would do for his cis students is the problem. It’s a form of discrimination. Even if he “accidentally” once used a female pronoun to refer to the student, he still made it clear he was never going to use male ones. That’s why he deserves punishment.

Look: If he thinks transgender people are all engaged in a mass delusion, he has a right to those bigoted ignorant views. What he can’t do is foist his beliefs on students — and calling someone by a different name or pronoun than they prefer is disrespectful at best.

I obviously have plenty of opinions about religion and politics that might upset people, but when I taught in a classroom (also for seven years), I did everything I could to make sure my views never got in the way of trying to be a decent teacher for everyone in the class. If students asked me to call them by a different name, or made any other reasonable requests, I tried to accommodate them whenever possible. It was easy on my end, and it made them happier. Win-win.

Vlaming, on the other hand, is making it clear that he doesn’t respect his trans students — and, by extension, LGBTQ people and their allies. He’s fostering a classroom environment where students walk in knowing that he looks down upon them. That he thinks their very identity is a mistake. That he doesn’t want what’s best for them because he’s always only concerned about what’s best for him.

He’s not the kind of person you ever want in front of a classroom. There are plenty of conservative Christian teachers who do a fine job teaching their subjects. But if you think the classroom is a place for advancing your personal agenda, you’re in the wrong line of work.

As you’d expect, conservatives are not just offering to defend him in court; they’re raising money on his behalf. Because when a teacher discriminates against a trans student, conservative Christians think the teacher is the real victim. The comments on the GoFundMe page keep referring to Vlaming’s four children, how it’s just before Christmas, how he’s a breadwinner in his family (and, of course, Bible verses condemning LGBTQ people). But again, who cares? No one should feel bad for this guy, regardless of his circumstances, when he chose to disrespect a trans student.

The Family Research Council, a Christian hate group, naturally sympathized with a fellow bigot, saying that the school was oppressing him by urging tolerance.

The real issue here, Voyles explained, isn’t the student. The issue is that the district is forcing a teacher to lie as a condition of his employment. “The student is absolutely free to identify as the student pleases. The school board adopted one viewpoint and required Mr. Vlaming, at the cost of his job, to repeat that ideology, repeat that viewpoint. That’s where it’s compelled speech. That’s where it violates his First Amendment right he still retains as a public employee.”

(FRC also said, ironically, that the school was forcing Vlaming to “reject the subjects they’re teaching” like biology and psychology. Somehow, that never seems to be a problem when the same groups argue that we should teach Creationism.)

And because FRC can’t limit itself to saying just one dumb thing, they kept going, comparing Vlaming’s stance to students who don’t want to say the Pledge and arguing that Vlaming just wanted to be a bigot behind the student’s back and not to his face (as if that makes it all better):

Like a lot of people, FRC’s Cathy Ruse is amazed at the double standard. “So students are allowed to remain silent during the Pledge of Allegiance, but this teacher couldn’t remain silent when it came to pronouns?” What makes the case even more ridiculous, she points out, is that Vlaming was fired over a third-person pronoun, which (in case the school’s forgotten in its wholesale rejection of grammar) isn’t used when you address someone face-to-face. Third-person pronouns are used in the student’s absence — when you’re speaking to others about “him” or “her.” So this is not a question of courtesy. In all likelihood, the student would’ve never even heard Vlaming utter the pronoun he was fired for!

Jesus H. Christ. When students don’t say the Pledge, they’re hurting nobody. They’re expressing their First Amendment rights. They’re expressing patriotism because they know we’re not really a nation “Under God” and that we don’t really have “liberty and justice for all” — and they’re calling attention to that. (If a teacher told students not to stand, on the other hand, that would be crossing a line.) Vlaming just doesn’t give a shit about his students enough to respect them. That’s the difference. I should mention that a number of students held a peaceful walkout in Vlaming’s defense on Friday — they don’t want him fired — but their comments didn’t address the issue at hand, either. They don’t seem to care, either, about the harms of misgendering people on purpose.

I don’t feel any sympathy for Vlaming. He was being a jackass to a student and then doubled down on his behavior when given a second chance. The School Board said that was unacceptable. They fired him for good reason. And now he’s whining and pretending it’s a form of Christian persecution.

There are legitimate “religious freedom” concerns in public schools that need to be hashed out, but this isn’t one of them. Teachers who don’t respect their students shouldn’t be teaching them. At least this district recognized that. 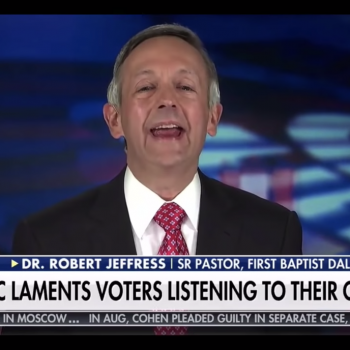 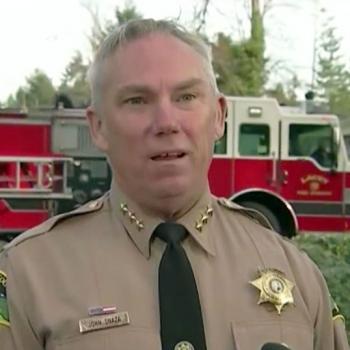 December 10, 2018 There’s No Known Evidence Arsonist of Jehovah's Witnesses Buildings is Atheist
Browse Our Archives
What Are Your Thoughts?leave a comment