The Adams County Board of Supervisors in Nebraska recently decided to put a sign reading “In God We Trust” in the county courthouse.

Now a group of local residents are warning the officials that they want their own sign to go up right next to the Christian one. Theirs is a list of the Church of Satan’s “11 Rules of the Earth.” 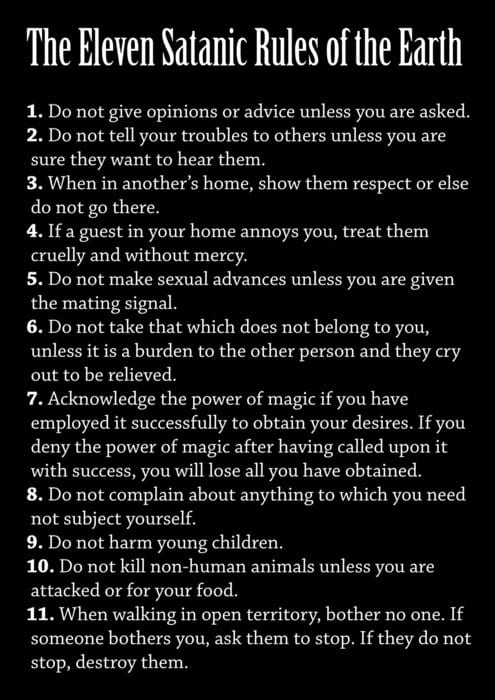 We advise the board to keep our courthouse clean and unencumbered by signage or banners. If we receive written confirmation that you have elected to keep our court house clear of religious displays, we will NOT move forward with the purchase of our banner. In that case, funds raised will be donated to the Nebraska ACLU.

Should the phrase remain on display in the courthouse, we will pursue having our banner displayed as well. We sincerely hope to gift the money to the ACLU, but we are prepared to advocate for our project through all necessary means, including litigation.

A GoFundMe page to purchase a banner with the 11 Rules has raised $150 so far — enough for a 4×6-foot sign that matches the dimensions of the religious one.

Margaret Marsh, who’s heading up the challenge, isn’t even a Satanist. She just wanted to make residents uncomfortable with a sign that meets all the other requirements.

“None of us know any Satanists,” she said. “We didn’t want to choose a faith that we know there are people in our community that are practicing and have them become a target of any sort of campaign of people who are displeased with our action.”

Looking at the church’s doctrine, Marsh said the Church of Satan’s 11 Rules of the Earth is succinct and parallels Christianity with the Ten Commandments.

After Marsh made her public statements this week, the elected officials took a vote on whether or not to keep the “In God We Trust” sign — and possibly invite future litigation. There were no objections. But there was a prescient comment from the county attorney:

[Supervisor Scott] Thomsen also checked with Deputy County Attorney Dave Bergin and County Attorney Donna Fegler Daiss, who was in attendance at the meeting then, about potential legal issues with the “In God We Trust” sign.

“You can do it. Just keep in mind you may be inviting other things,” Daiss said.

Damn right that’s what they’re doing. As much as I’d prefer a courtroom without any religious sentiment, it’ll be amusing as hell to see Satanic values listed alongside a cheap religious slogan. 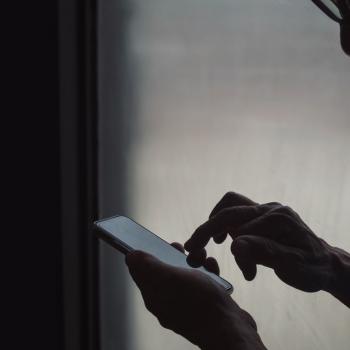