In an Act of Generosity, a Pastor Gave Cash Back to His Congregation December 7, 2018 Beth Stoneburner

In an Act of Generosity, a Pastor Gave Cash Back to His Congregation

“For too long people have stood in a pulpit and told you to give, give, give. Very rarely have I seen churches stop and said ‘leave the baskets out, let the people get what they need.’ We’ve got too many pulpit pimps who want to get fat off people but don’t want to meet the needs of the poor people. And Jesus said that’s who you supposed to be taking care of. We got widows, we got orphans, we’ve got single moms in here. We might not be able to do everything but we can do something. I wish we could do more but it’s the best we can do right now,” Gray said near the end of his sermon titled “Leftovers.”

This is such a refreshing story to hear, considering many churches are known for doing the exact opposite. I myself have been part of churches in which tithing was encouraged especially in times of financial stress, because it demonstrated faith that God would provide for your needs. (I have always wondered how such Christians explained the existence of poverty. Those people probably didn’t have enough faith, I suppose.)

If only more churches — especially the ones with large congregations and larger budgets — could follow suit. This may have been a publicity stunt, but not all stunts are purely for show.

[Editor’s note: Beth and I have different takes on this story, so I’ll be sharing my thoughts in a separate post.] 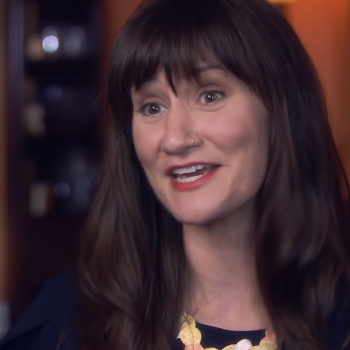 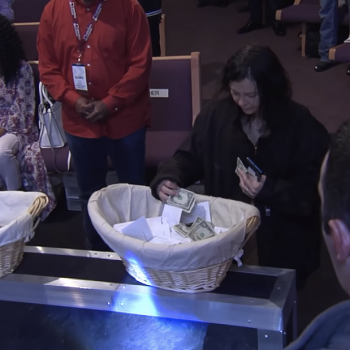