Back in October, we posted about Iowa Christian activist Paul Dorr after he burned several LGBTQ books to make a statement against what he saw as a permissive sexual culture.

The problem wasn’t that he was burning books — that form of protest is perfectly fine — but that these weren’t his books. They belonged to the Orange City Public Library. He was trying to make sure no one could read them.

That backfired. Justin Scott, the state director for American Atheists, ultimately raised more than $2,000 and will be divided between three LGBTQ groups in Orange City (after Facebook takes its cut).

And now the 62-year-old Dorr has been officially charged with misdemeanor criminal mischief.

An initial court appearance for Dorr is scheduled for Jan. 22 at the Sioux County Courthouse in Orange City. In Iowa, a charge of criminal mischief, a simple misdemeanor, carries a maximum penalty of 30 days in jail and a fine… of $625.

He committed a crime. He could spend a month in jail. And you know damn well he’ll just say this is Christian persecution. No one should believe it. It’s just like evangelical Christians to disobey the law, wait to get punished for it, then falsely claim they’re only being arrested for their religious beliefs. In this case, the Christian will get punished for his crime, the library will have more LGBTQ books, and there’s more positive publicity for the side of inclusion and acceptance. Everyone wins!

(Thanks to Joe for the link. Portions of this article were published earlier. I’ve updated the post with the correct amount of money raised in the fundraiser.) 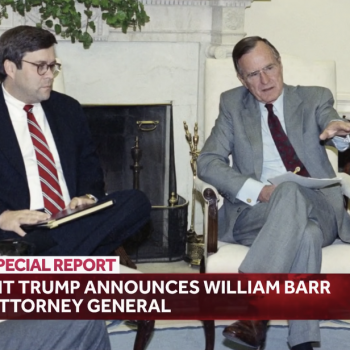 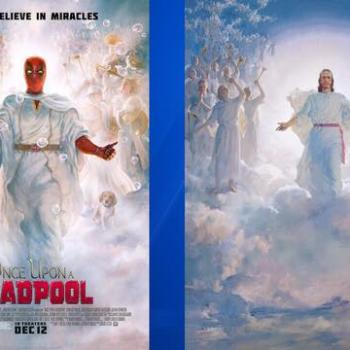 December 7, 2018 Mormons Could Sue Over Deadpool Poster That Resembles Church Painting
Browse Our Archives
What Are Your Thoughts?leave a comment