Todd Friel, a Christian radio host, posted on Twitter recently that there is no biblical mandate for social justice — things like fighting for civil rights and equality — because the very concept is not mentioned anywhere in the Bible.

The Biblical response to oppression? Be holy, love one another, submit to one another, and if you are a pastor, shepherd your flock well (1 Peter 1-5). Not a word about fighting injustice.

You know, condemning slavery isn’t in the Ten Commandments, either, but I don’t think Christians want to be judged on sins of omission…

For all of the Bible’s problematic content, though, even non-Christians seem to be aware that this claim is completely ridiculous. Not only is the concept of helping other people seen throughout the book, the story of Jesus is all about helping the poor and downtrodden while condemning the rich? What is that if not fighting for social justice?

Thankfully, Twitter did not disappoint as people took him to task:

You mean all those quotes from various prophets talking about God's heart for justice for the oppressed and downtrodden? *drily* so much for Biblical inerrancy. This is a perfect example of how Evangelicals pick and choose what they believe.

Justice is mentioned in the Bible 125 times, 125! In 25 different books. How can someone be that wrong!

"Cease to do evil, learn to do good, seek justice, correct oppression, bring justice to the fatherless, plead the cause of the widow." Isaiah 1:16-17

Isn’t salvation itself all about justice? God’s justice?

"Defend the weak and the fatherless; uphold the cause of the poor and the oppressed" Ps. 82:3 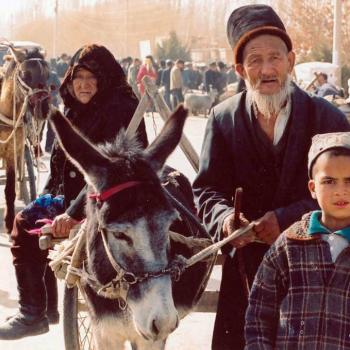 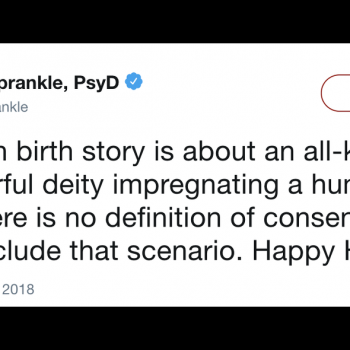 December 8, 2018 The Story of God Impregnating Mary Isn't a Story About Rape
Browse Our Archives
What Are Your Thoughts?leave a comment