Christian Activist: Congress, With 2 Muslim Women, Will Be An “Islamic Republic”

E.W. Jackson, the Christian activist who said last month that Democrats were violating the will of the American public by voting, now says it’s a travesty that two Muslim women were elected to Congress.

He also sees the rule change that will allow Rep.-elect Ilhan Omar to wear a hijab on the House floor as a sign of impending Sharia law.

“What? Are we now going to turn Congress into an institution of Sharia law?” Jackson complained. “This stuff is just crazy … Lord, help us.”

“The floor of Congress is now going to look like an Islamic republic,” he continued. “I mean, really? Man. We are a Judeo-Christian country. We are a nation rooted and grounded in Christianity and that’s that. And anybody that doesn’t like that, go live somewhere else. It’s very simple. Just go live somewhere else. Don’t try to change our country into some sort of Islamic republic or try to base our country on Sharia law.”

This is the evangelical Christian definition of religious freedom: It’s only good when it applies to them. If anyone else wants to be treated with respect and dignity, screw it.

To be clear, Omar didn’t (and wouldn’t) say everyone should cover themselves up in the same way. She’s also not radical. Just progressive. (Not that Jackson sees any difference.)

And what about the whole idea of there being no religious test for public office? To hell with that, Jackson said.

Sure, we have freedom of religion, but it’s despicable that people of other religions think they can do what Christians get to do all the time!

Jackson doesn’t have to vote for a Muslim. But to discount someone who clings to a different mythology from you just reeks of bigotry. If Omar said the same thing about Christians, Jackson would call it Christian persecution. 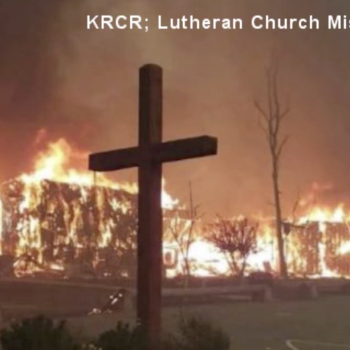 December 6, 2018
Christians “Inspired” by Cross, Surrounded by Concrete, That Was Spared in Fire
Next Post 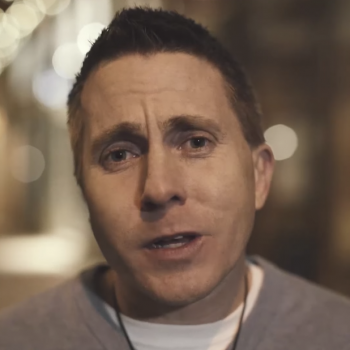