Married Paramedics Forced Out of Job Because They Are Lesbians December 4, 2018 David Gee

Married Paramedics Forced Out of Job Because They Are Lesbians

A married couple who worked together as paramedics and volunteer firefighters were apparently forced out of their jobs merely because they’re lesbians.

Sheri and Alyssa Monk, who worked as first responders in a small town in Alberta, Canada were pressured to quit after facing discrimination because they occasionally referenced their relationship the same way that their heterosexual colleagues sometimes did. They said they were expected not to talk about their personal lives — or even use the word “wife.”

After a series of incidents leading to their departure from the job, they decided to speak out and file a complaint.

The women have filed a complaint with Alberta’s Human Rights Commission about how they were treated while working in the emergency services detachment in Pincher Creek, a town of 3,700 people about two hours south of Calgary.

“There’s just this consistent double standard,” Sheri told Go Public during an interview. “If you are not in the closet and hiding it, you are seen as flaunting it.”

According to a woman who counsels workplaces on sexual diversity, LGBTQ employees are sometimes considered outsiders and isolated — especially in small towns or in traditionally masculine jobs.

“There’s lots of places where we continue to struggle,” says Pam Krause, who works at the Centre for Sexuality in Calgary.

This is actually a well-known problem for many people throughout the entire LGBTQ+ community. Subtle homophobia rears its ugly head every time someone says they support gay rights but that they just don’t want them to flaunt it. (I actually posted something on Facebook about this relatively recently.)

Apparently, the couple’s bosses tried to pretend their homosexuality wasn’t the issue, but even that was contradicted by their actions.

The Monks were one of five married couples working at the detachment in May 2017, when they say they were called into the office of then deputy chief Margaret Cox, who has since retired.

“The conversation started with, ‘This isn’t because you’re gay, but there are some people that will never accept same-sex marriage and are offended by the use of the word wife,” according to Sheri…

After the conversation with Cox, the couple started recording meetings with managers.

In one recording, the women’s direct supervisor seems to admit there is a double standard.

“You’ve been very open in sharing your relationship and coming out,” EMS Capt. Jennifer Fisher-Sundberg can be heard saying on a recording. “So, um, and I think public displays of affection, whether it’s physical or verbal stand out more — because you’re both women — than it does in the heterosexual population.”

This is discrimination based on sexual orientation. It’s not complicated. They get upset when a gay couple does the exact same things straight couples do all the time without consequence.

After I saw this story, I contacted Sheri, who explained that the workplace was filled with personal conversations and off-color humor. The lesbian couple, however, wasn’t allowed to participate, in part because fellow co-workers said such behavior offended their religious sensibilities.

We asked many times for specifics in terms of what we did wrong and got nothing other than “generally too much for some people” and “some people here will never accept same-sex marriage” and that we had to “respect their belief systems” and refrain from using the word wife, directly or indirectly.

Hey, here’s an idea: Maybe their belief systems should include respect for LGBTQ+ people. It doesn’t just go in one direction. For women whose jobs involved saving people’s lives in emergency situations, their sexual orientation shouldn’t be anybody’s business. If their workplaces have a problem with it, they should fire the people who can’t handle the word “wife” and are complaining about it, not the people who just want to do their jobs.

The people who think the Monks are “too gay” would undoubtedly have found a problem with them being “a little gay” as well. Yet the homophobes aren’t the ones pushed out of their jobs. 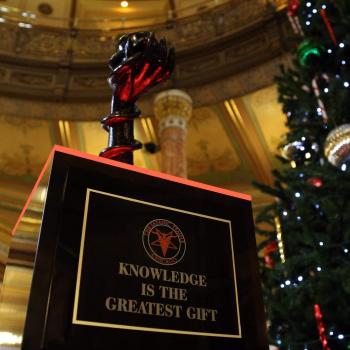 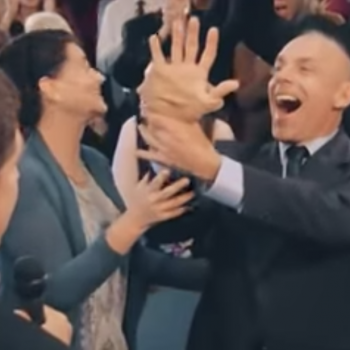