Even Liberals Can Make Holidays Hard for Those Who Don’t Celebrate Christmas December 4, 2018 Beth Stoneburner

Whether they intend to or not, even the most liberal, secular folks can perpetuate a type of “oppressive Christmas climate,” according to Lux Alptraum in an article for NBC News. By that, she means that there’s a culture celebrating Christmas that includes more than just Christians, and we should at least be cognizant of what that does to people who don’t celebrate the holiday even in a cultural way. 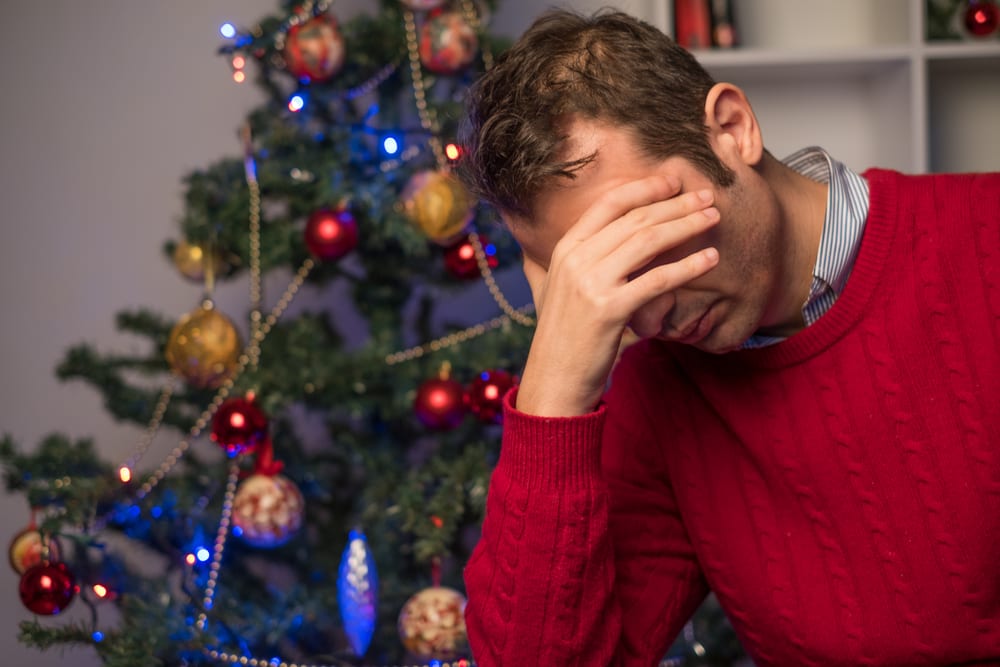 I should note that it is not the celebration of Christmas, per se, with which I take issue. Spending time with loved ones and exchanging gifts are lovely traditions, and while many of the particular traditions of Christmas are not quite to my taste, I’m thrilled to know they give others a great deal of joy. And, as someone who comes from a mixed-faith heritage, I have many relatives for whom Christmas is deeply meaningful and important.

What I do object to, however, is the culture that’s been built around Christmas, that has elevated one religious faith’s year-end festivity into an inescapable, weeks-long period of compulsory celebration for nearly everyone. If you’re Muslim, Jewish, Hindu or otherwise uninterested in participating in a Christian holiday, you can personally opt out of Christmas Day by declining to get a tree and spending December 25 at the movies — but all bets are off should you choose to leave your house (or even turn on the TV) at any moment between Thanksgiving and Christmas.

She’s absolutely right. She’s not knocking believing Christians or those who celebrate a secular version of Christmas. She’s just pointing out that since it seems like Christmas comes earlier and earlier, with some retail stores displaying Christmas decorations when it’s barely even Halloween, remember that some people (myself included) aren’t as excited by songs mentioning Santa or reindeer. They’re like a fork stuck in a garbage disposal.

The problem isn’t just the Christians who demand that everyone praise Jesus; it’s also the people who enjoy the holiday spirit for all the other reasons.

It would be bad enough if this aggressive Christmas assault were purely the domain of the rabid right wing; if the only people I needed to worry about fending off were the types who see cries of “Happy Holidays” as an affront to their religious freedom, or the switch from red to green holiday cups as some sign of an Islamic agenda. But the truth is that liberals — even ones who ostensibly embrace religious diversity — can be just as bad as their conservative counterparts when it comes to enforcing the oppressive Christmas climate.

And at a time when religious minorities are increasingly under attack within this country, we need to take a long hard look at the way Christmas is used to send the message that America is a nation primarily for Christians.

When I tell a liberal Christmas fan that I just don’t want to get into the spirit, it usually doesn’t end well. If they’re not insistent that I’m missing out (and just no fun), they tend to see my lack of enthusiasm for Christmas as an indictment of their own enjoyment of the holiday.

In Christmas culture, such people are likened to “grinches” or “scrooges,” jokes that get stale the moment they’re told.

It’s a reaction that’s disappointing any Christmas season, but this year, as the celebration ramps up in the shadow of the most fatal anti-Semitic attack in American history, it’s particularly disheartening. With white nationalism on the rise, and a president who takes great pleasure in using cries of “Merry Christmas” to bludgeon religious minorities, being non-Christian in America feels more isolating, and unsafe, than ever.

Alptraum’s point isn’t that we shouldn’t celebrate Christmas. But atheists know what it’s like when they have to deal with Christians who want everyone to celebrate Christmas the exact same way they do. It’s annoying. You just want to scream, “We don’t have to do it your way just because it’s this time of year!” Well, that’s how others feel about people who participate in Christmas at all. If their feelings matter to you, it doesn’t take much effort to include them in your festivities.

December 5, 2018 Einstein’s Letter Calling God a “Product of Human Weaknesses” Sells for $2.9M
Browse Our Archives
What Are Your Thoughts?leave a comment