For decades now, the city of Dover, Ohio had been putting up a Nativity scene on public property to celebrate the Christian holiday. That’s in addition to a Ten Commandments monument in the area. After a local resident informed the Freedom From Religion Foundation about the problems earlier this year, the group sent a letter to Mayor Richard Homrighausen explaining why this was a violation of the First Amendment and urging him to either take down the displays in the future or risk a lawsuit that the city would inevitably lose.

They correctly followed the advice this time around. Both displays were moved from their usual downtown locations to… a few feet over on the grounds of Grace Evangelical Lutheran Church. (Check out the Ten Commandments display in this Google Maps image and notice the church next door. The monument was just moved from city property to that church’s property.)

But that minor inconvenience that saves the city from a costly lawsuit is still the subject of all kinds of whining from residents and officials who love tradition more the law.

The mayor’s comment is perhaps the best thing I’ve heard in a while because of how honest it is.

“Yeah, they have a point, but it’s been that way for eons so just leave us alone,” said the mayor.

“Twenty-seven years been mayor, nothing like this has ever happened,” said the mayor. “Never imagined it would happen.”

While both the nativity scene and Ten Commandments remain displayed not far from where they were originally placed, some say they want to celebrate the holidays the way they have always enjoyed.

“Yeah, they have a point,” but I still want to break the law. That guy is mayoring wrong.

But it’s not like FFRF demanded the eradication of those displays. They just said city officials shouldn’t be the ones putting it up. If the church wants to do it, fine. If there’s an open forum and anyone can submit a display, fine. But for the city to endorse Christianity like this goes against the Establishment Clause.

The city should also consider replacing Law Director Douglas O’Meara, who told them they didn’t have to remove the displays if they didn’t want to, before saying FFRF was essentially extorting the city by threatening them with a costly lawsuit.

“In these days of extremely tight budgets and close watching of civic purse strings, council and the mayor elected the route that extinguished that exposure,” O’Meara wrote in the April 3 letter to a foundation representative.

O’Meara’s response to the foundation said that the city believed case law would allow the creche to be legally permitted as part of a diverse seasonal display. Similarly, he said the Ten Commandments monument could have stayed on the public square because it was similar to a Texas display the U.S. Supreme Court found constitutional because it represented historical value and not purely religious value.

O’Meara is talking to First Amendment experts with incredible condescension there. It’s a cop-out to suggest the city is complying only because they’re not flush with cash. Money has nothing to do with this. The city made a mistake and the city should apologize. I assure you FFRF didn’t look at their budget before sending a letter.

O’Meara is right that a Nativity could’ve been allowed as part of a diverse seasonal display, but they didn’t go that route, and there’s no indication they were going to allow a Satanic or atheist group’s display next to the Christian one.

And his explanation of why the Ten Commandments monument would be allowed is laughable. The Texas monument was deemed legal by the Supreme Court because it was one of several “historical” displays about law. The one in Dover sure as hell wasn’t, which makes it more like another Ten Commandments display which the same Court said was unconstitutional. Does O’Meara not understand that?

At least smarter minds prevailed and Dover listened to FFRF. Christmas isn’t ruined for anybody, but at least Dover won’t have to worry about going to court to defend their illegal promotions of Christianity. 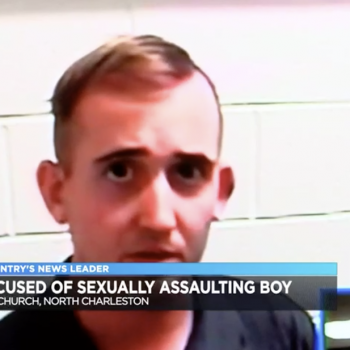