Independent Fundamentalist Baptist hate-preacher Adam Fannin offered a brief eulogy for President George H. W. Bush following his death on Friday. He didn’t have anything nice to say… so he just celebrated how Bush was surely burning in Hell for not being the right kind of Christian.

The news is in. At the age of 94, he is dead and in Hell. This man is not a Christian. George Bush Senior or Junior, they are not Christians. They worship the lower case g “god” of this world, the devil. Lucifer. They acknowledge Moloch. They participate in the wicked sacrifices that go on at Bohemian Grove. Thank God that George Bush Sr. is dead and thank God that he is righteous. Thank God that God Himself is righteous enough to cast him into Hell forever.

George H.W. Bush died at the age of 94. And he will spend eternity in hell for rejecting the God of the Bible, the Lord Jesus Christ. the creator and the savior.

If someone can decipher crazy Christian Illuminati conspiracy theories for me, I would appreciate it. (Also, I’m shocked the phrase “burning Bush” didn’t make it into that mini-sermon.)

You know, it’s one thing to criticize Bush for his policy decisions, but it’s still appalling to see people attacking him for not being the right brand of fundamentalist Christian, as if atheists celebrated him during his life.

Bush was an Episcopalian, in case anyone’s curious. 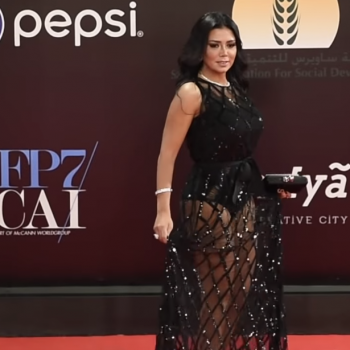 December 2, 2018 Please Support the Work I Do Through This Site
Browse Our Archives
What Are Your Thoughts?leave a comment