Here’s a pretty blatant violation of church/state separation: Sitting atop the roof of Newaygo Elementary School in Michigan is a display of the biblical Three Wise Men (presumably heading to see Jesus). 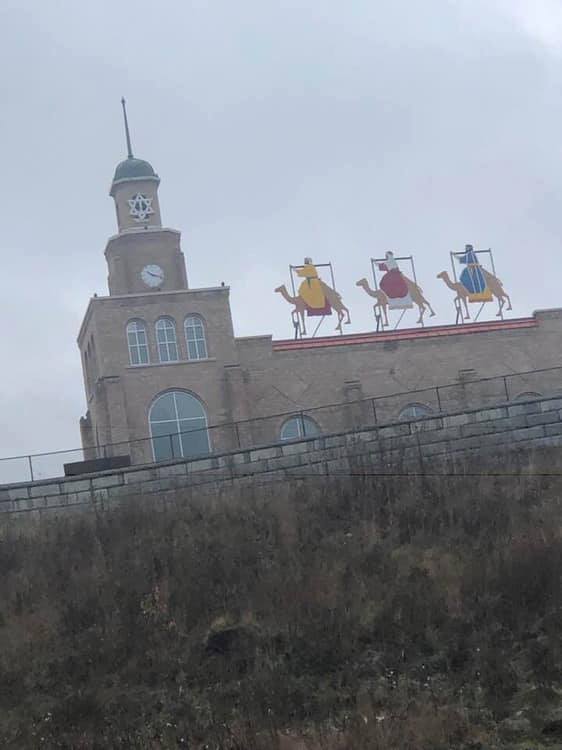 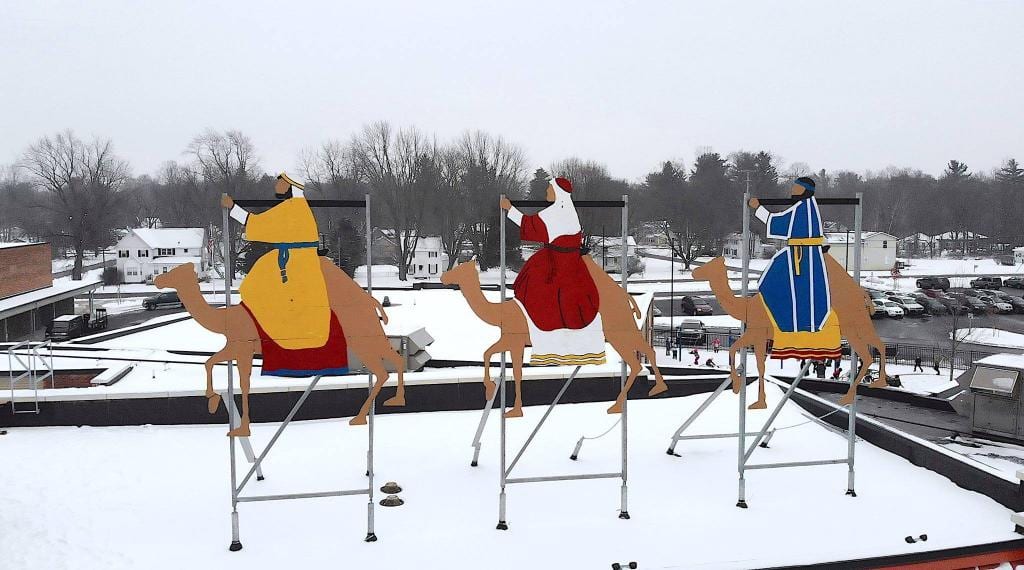 Mitch Kahle of the Michigan Association of Civil Rights Activists (MACRA) heard about it from a concerned resident and also captured a screenshot from Newaygo High School’s official Facebook page urging students to “Take time to Look Up!” at the display. (The post has since been deleted.) 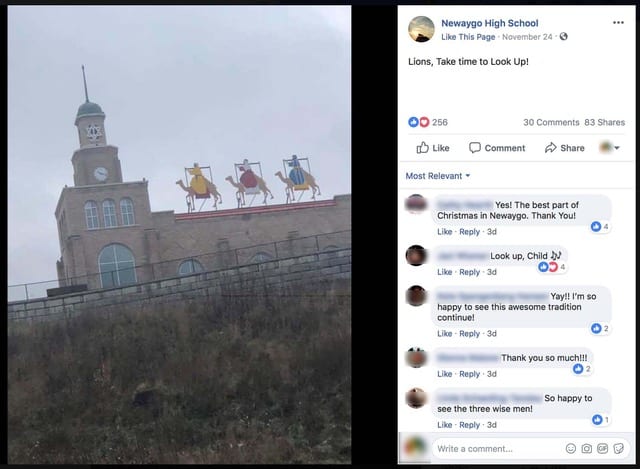 Kahle wrote a letter to Superintendent Dr. Peggy Mathis asking her to remove this display:

Public schools are institutions of knowledge — not temples of religious ideology. “Three Wise Men” following a ‘star’ is clearly designed to convey the Christian nativity story, while the “Star of David” is the preeminent symbol of Judaism.

MACRA hereby requests that all religious symbols be removed from Velma Matson Upper Elementary School. Newaygo Public Schools must not display, own or maintain these or any religious symbols in the future. MACRA also requests the prompt removal of the post promoting the religious display from the Newaygo High School official Facebook page.

Mathis responded publicly on her personal Facebook page yesterday afternoon, arguing that this is a totally secular display. She wants everyone to focus on their wisdom, not the entire Christian story surrounding their existence. Because if she doesn’t mention Jesus by name, it’s like He’s not even there, right…?

Newaygo Public Schools has a legitimate secular purpose for the display. We are both upholding the community’s tradition of celebrating a public holiday and attempting to point towards the importance of wisdom, knowledge, and open-mindedness. They’ve been described as the scientists of their time. The “wise men” are found in secular and other religious traditions outside of Christianity. Finally, there is no evidence that they were Jewish or Christian before their travels and there is nothing noted in the Christian Bible to indicate anything about any religion they practiced after their travels.

We are in no way seeking a primary effect of advancing or inhibiting religion. To my knowledge no one has been led to faith, or driven from faith, by this display that has spanned more than half a century.

… To my knowledge there is no case law that prohibits the depiction of three non-Christian middle eastern men on camels that are seeking wisdom. Our display has a legitimate secular purpose. It is my hope that we all will continue to stress the importance of seeking wisdom, knowledge, and open-mindedness during this entire holiday season.

That’s an unbelievable attempt to justify an obviously religious display. It makes as much sense as putting a crescent next to a star, then saying it has nothing to do with Islam because they’re just shapes… or arguing that a war memorial shaped like a giant cross has absolutely nothing to do with Christianity. (Though that’s precisely what the late Supreme Court Justice Antonin Scalia once argued.)

Any reasonable person should know exactly what’s going on here.

If Mathis is so interested in promoting wisdom, knowledge, and open-mindedness, there are better role models to erect upon a roof. Instead of putting up the “scientists of their time,” why not put up actual scientists of our time? Her response is just a bullshit argument to justify Christian supremacy. When churches perform Nativity plays, the three wise men aren’t remembered for their commitment to the scientific wisdom and pre-Enlightenment ideals; they’re remembered for the gifts they bring to Baby Jesus.

MACRA responded to her ridiculous comment by posting the Bible passage featuring the Three Wise Men. (Good luck finding the secular parts in it.) State Senator Jon Bumstead responded by saying he supported the display. Which means, once again, the person who’s working the hardest to defend the Constitution is the one guy not working for the government.

This display has no business atop a public school. We all know that intuitively, because we know that no other religion’s mythology would ever be displayed in the same way, much less justified by saying it was for secular reasons. You also can’t erect a Nativity scene without the Baby Jesus and claim it’s just a secular display of people showing love for a stranger.

If the District refuses to take it down, then I sincerely hope there’s a lawsuit to settle this. Maybe that’s what it will take for this community to see reason.

December 1, 2018
Neil deGrasse Tyson is Under Investigation After Sexual Misconduct Allegations
Next Post 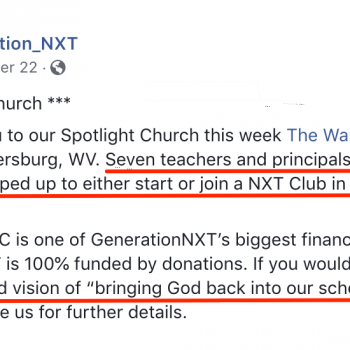