For the Tenth Year, “There Are No Gods” Sign Goes Up in IL Capitol Building November 30, 2018 Hemant Mehta

For the Tenth Year, “There Are No Gods” Sign Goes Up in IL Capitol Building

For the tenth straight year, the Freedom From Religion Foundation has put up the following sign in the Illinois State Capitol rotunda: 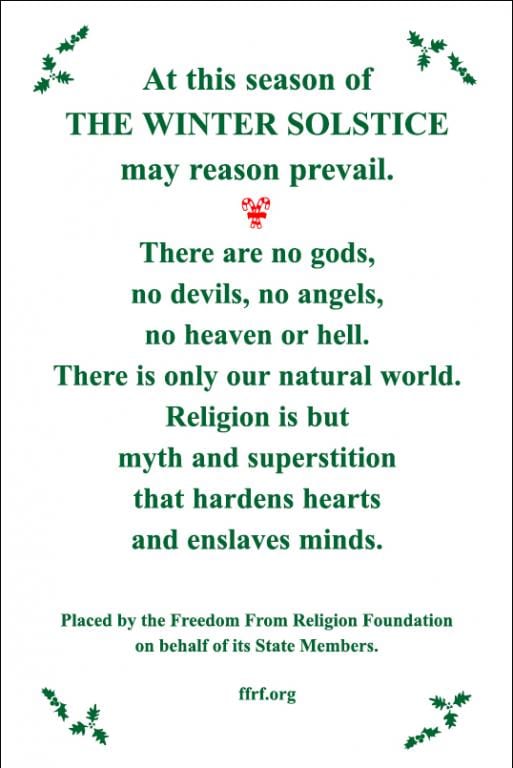 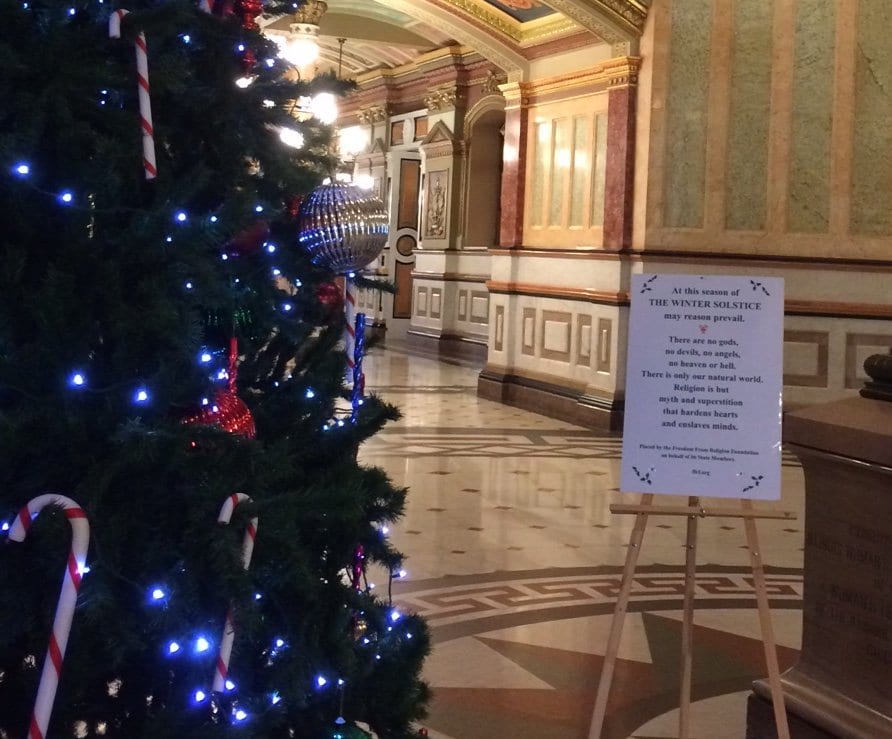 “We believe that all perspectives should get space at public venues,” notes FFRF Co-President Dan Barker. “And what can be a more prestigious venue than the statehouse in the Land of Lincoln?”

FFRF Co-President Annie Laurie Gaylor adds, “This sign is a reminder of the real reason for the season, the Winter Solstice,” which is the shortest and darkest day of the year and takes place on Dec. 21 this year. The natural holiday heralds the rebirth of the sun and the natural new year, and has been celebrated for millennia in the Northern Hemisphere with festivals of light, evergreens, feasts and gift exchanges.

If any Christians are upset by the sign’s placement, they can lobby their elected officials to change the rules so that no religious or (explicitly) non-religious displays are allowed in the building… but that would mean banning Nativity scenes, too, so there’s no way that’s going to happen.

December 1, 2018 Neil deGrasse Tyson is Under Investigation After Sexual Misconduct Allegations
Browse Our Archives
What Are Your Thoughts?leave a comment