The Catholic Church is Threatening Its Own Existence By Driving Away Mothers November 29, 2018 Hemant Mehta

Caitlin Flanagan of The Atlantic has a message for the Catholic Church: You’re losing your mothers.

In a short video, she explains how she grew up in the Church and had every intention of raising her kids that way. That included sending them to Catholic schools just as she had done. But the recent grand jury report in Pennsylvania, documenting hundreds of acts of “torture” (her word) by priests, convinced her that a Catholic school — and the Church in general — was no place for them.

And if the Church is losing someone as devout as her, how many other mothers are heading down a similar path?

… They are not known, these clergymen, of thinking too highly of women as leaders or decision makers. But who do they think chooses a family’s church? Gets the children ready each Sunday? Prepares them for First Communion, and carnivals, and the Christmas pageant? Mothers.

If I could tell the pope one thing, it would be this: You are losing the mothers. And without us, your Church will crumble.

Flanagan doesn’t elaborate in the video, but she makes it sound like a crumbling Church would be a problem. I find that hard to believe. For all the genuinely decent things the Church does, secular institutions with the same amount of money could arguably do far more, with more oversight, and without the systemic sexual abuse of children.

She also raises a point I’ve heard with mothers whose boys play football. Once they learn about the traumatic brain injuries causes by repeated blows to the head, and how football players are disproportionately affected, they steer the kids into other sports. After all, when the dangers are so glaringly obvious, what good parent wouldn’t, at the very least, try to convince their children to choose a different path?

If the Church doesn’t come up with a decent response very soon, the self-inflicted wound will only get worse. 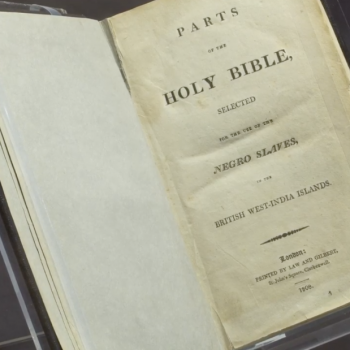 November 29, 2018
The "Slave Bible" Is a Stark Reminder of How the Holy Book Can Justify Evil
Next Post 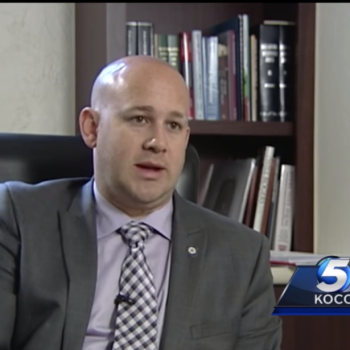