Christopher Harris, director of the conservative group Unhyphenated America, said on FOX News earlier today that we shouldn’t worry about the Trump administration lobbing tear gas at immigrants seeking asylum because they’re mostly men. And the Bible tells us to protect the poor… which apparently only includes women and children.

… look, America is definitely not a theocracy, but we are, without a doubt, a nation of Christians and, as such, we know we’re commanded to give refuge to those who are in need. But here’s the thing, we’re not being allowed to welcome them into the nation. They’re actually storming the border. You know, it’s just like somebody coming into your house. You have a front door. You know what I ask? Knock on the door, ring the doorbell, allow me to open the door to let you come in. And that’s what they’re not doing, is they’re demanding to come in. And I saw one of the clips from one of your reporters who was embedded down there in Tijuana and these gentlemen are saying that you know, they’re trying to come in. They know they don’t qualify for asylum. And even from a Christian standpoint, it talks about who are the poor? Right? It’s the women and children. And what you’ll see at the border it’s probably like 90 percent adult males.

It’s like when Jesus said, “Turn the other cheek… unless it’s a dude, in which case, he deserves an uppercut.”

It should go without saying that seeking asylum is legal. They’re not “storming the border.” They’re running for their lives, only to be gassed by people whose laws are supposed to protect them. And this Republican administration cares as little about the women and children as they do the adult men.

To justify this Republican cruelty by pointing to a cherry picked part of the Bible isn’t just bad politics; it’s bad theology. Christians should be ashamed that people like Harris share their faith, only to use it to rationalize this kind of treatment. What good does it do to believe in Christ when this is the end result? 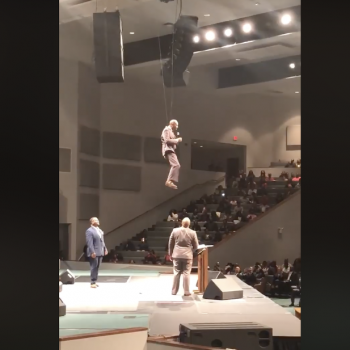 November 27, 2018
This Desperate "Flying Preacher" Wants to Convince You Jesus Is Coming Soon
Next Post 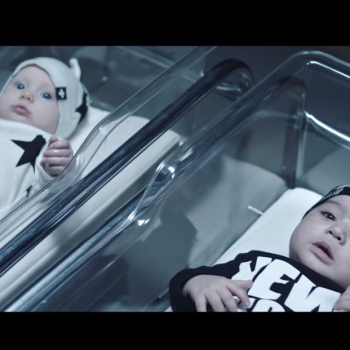 November 27, 2018 Priest Says Celine Dion’s Gender-Neutral Clothing Line Was Created by the Devil
Browse Our Archives
What Are Your Thoughts?leave a comment