Rick Wiles: An Ice Age Will Wipe Out Humanity, But At Least Abortions Will End November 22, 2018 Hemant Mehta

Rick Wiles: An Ice Age Will Wipe Out Humanity, But At Least Abortions Will End

Christian broadcaster Rick Wiles thinks we’re on the verge of an ice age that will last hundreds of years and wipe out a good chunk of humanity.

But there’s a silver lining: When everyone’s dead, at least there will be fewer abortions.

After co-host Doc Burkhart explained that this coming ice age is “the result of man’s sin,” Wiles took solace in the idea that it will at least also “freeze out a lot of sin.”

He’s so “pro-life” that he sees a bright side to the death of most of human civilization. I guess he doesn’t realize that fewer people on the planet also means fewer people left to propagate his chosen religious myth.

On a brighter note, at least Wiles seems to accept the seriousness of climate change… 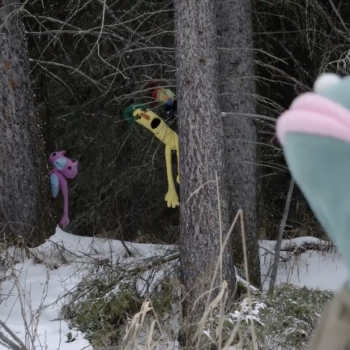 November 22, 2018 When You Take the Bible Literally, This is One of the More Disturbing Passages
Browse Our Archives
What Are Your Thoughts?leave a comment