The Catholic League’s Bill Donohue, commenting on a recent Atlantic article about the rise in requests for exorcisms, says that’s wonderful news. In fact, exorcisms could be most helpful for victims of sexual abuse, who are obviously possessed by demons.

Who are the most likely candidates for an exorcism? Approximately 8 in 10 are survivors of sexual abuse. [The Atlantic‘s Mike] Mariani explains why. “The exorcists — to be clear — aren’t saying sexual abuse torments people to such an extent that they come to believe they’re possessed; the exorcists contend that abuse fosters the conditions for actual demonic possession to take hold.”

From a Catholic perspective, this is daunting. It suggests that those who do such evil acts as sexual abuse create the fodder that attracts the devil to victimize the victim again. If this is true, the offenders are responsible for much more than molestation, and will have to answer for it.

From a human perspective, it’s troubling because it means there are Catholics who seriously think victims of abuse will suffer once again at the hands of supernatural forces after they’ve already been traumatized by real ones.

Abuse victims need counseling and actual help, not a priest whose sole job it is to eradicate evil that doesn’t even exist. It’s a solution to a problem of their own creation. 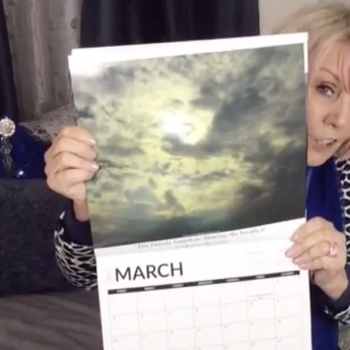 November 22, 2018 The Satanic Temple and Netflix Reach Settlement Over 'Sabrina' Baphomet Statue
Browse Our Archives
What Are Your Thoughts?leave a comment