Survey Finds That Religion is Becoming Less Meaningful in the Lives of Americans November 20, 2018 Hemant Mehta

What gives you meaning in life? What motivates you?

You might think, for religious people, faith would be high up on that list. For atheists, maybe family or work. A study just released by the Pew Research Center just confirmed those hunches while adding new data points suggesting religion is becoming less of a motivator for many Americans. 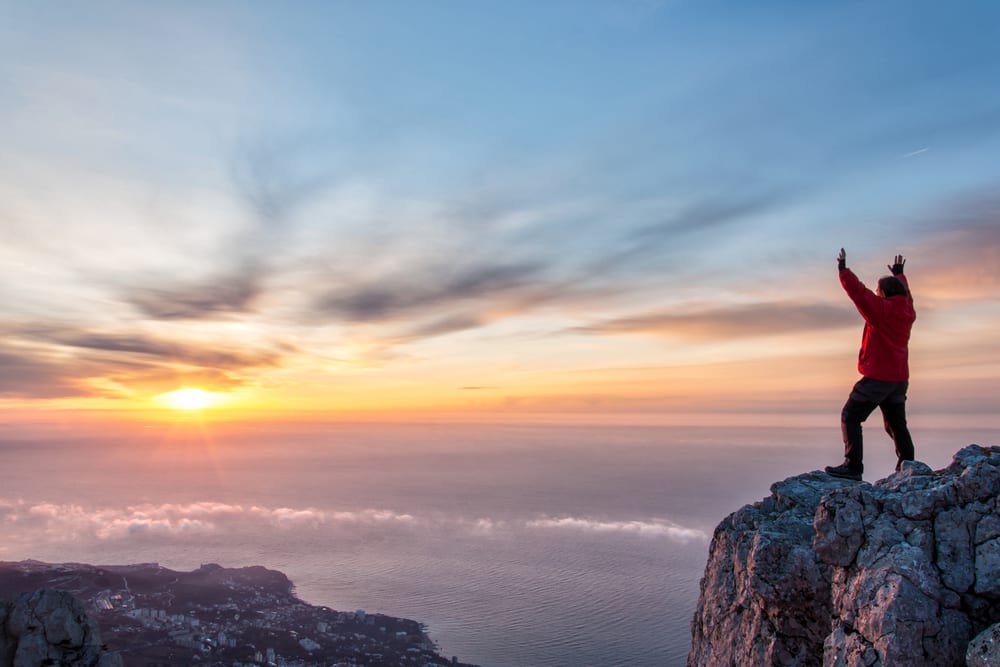 The researchers actually conducted two separate surveys. One was open-ended; they simply asked people what gave them meaning in life. The second survey provided participants with a list of possible options and asked if those things motivated them while also asking which of the items mattered the most.

Without any prompting, 69% of respondents said “family” gave them meaning in life. “Career” and “money” were next in line. But “faith”? Only 20% of Americans mentioned it on their own. 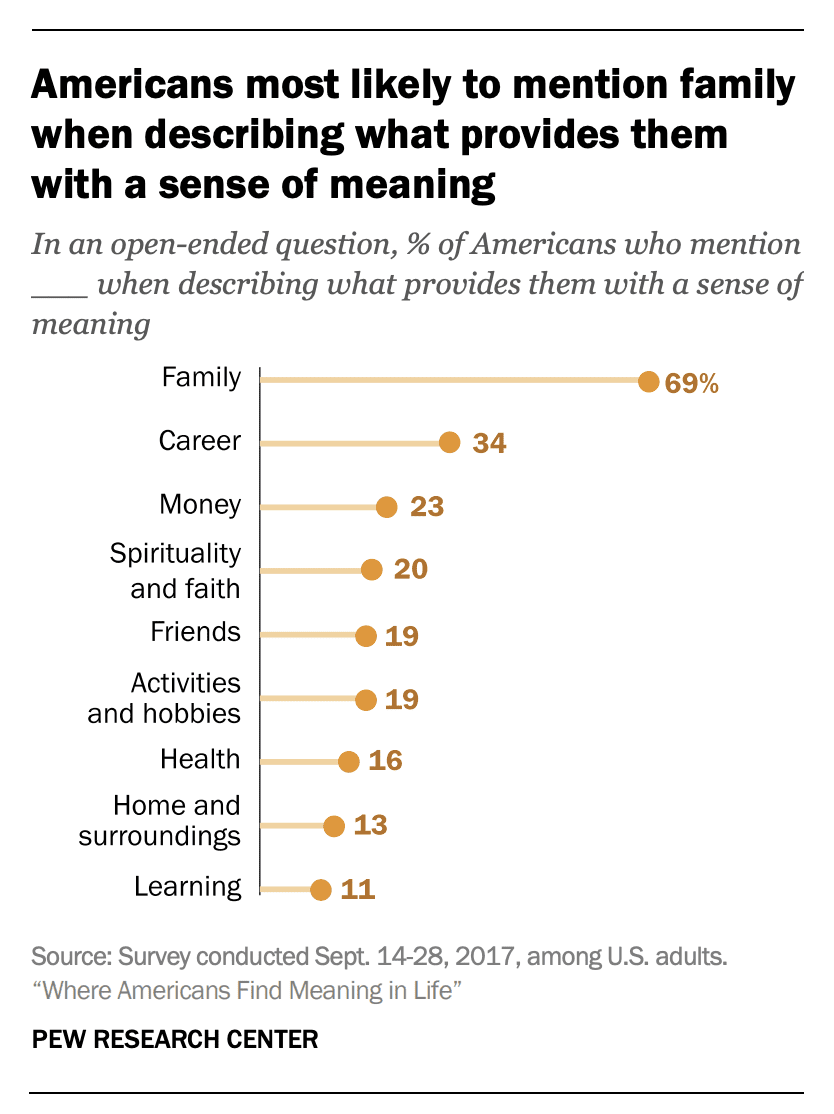 That means even among religious Americans, faith wasn’t always on the forefront of their minds when it came to meaning.

What about when religion was presented among a list of options? Surely more people would give it as an answer. (“What? God?! Oh yeah. God gives me meaning. Totally.”) It’s true that the number jumped up to 36% who said religion gave them meaning. But that’s still low and only 20% of all people said it was the most important thing in their lives. Compare that to the 40% of people who said family fulfilled that role. 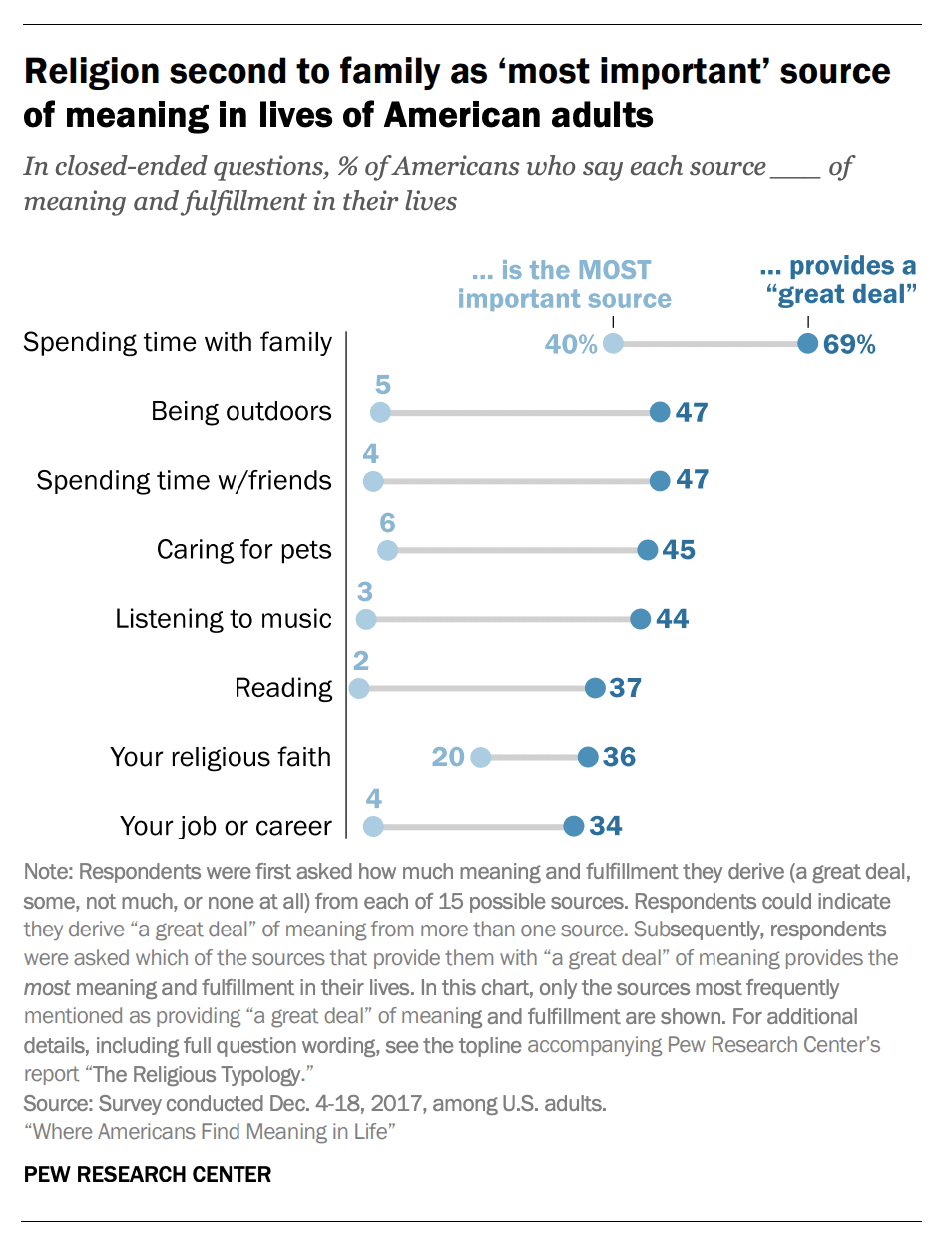 But what motivates atheists? We know family is important and faith isn’t, but among the other major motivators were hobbies/activities and cold hard cash. 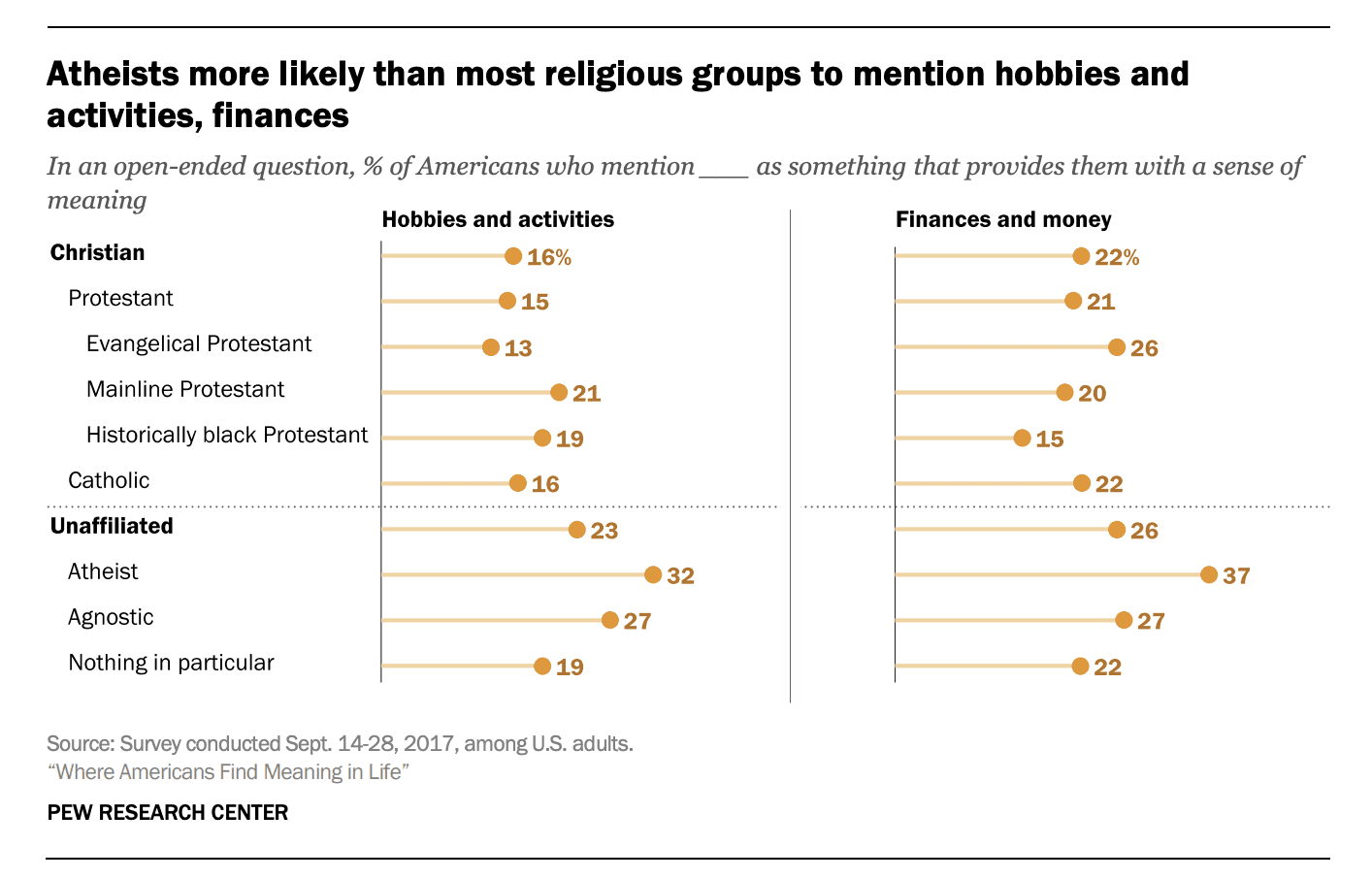 Atheists also found more motivation than people of faith in the areas of creativity (11%), travel (13%), and leisure activities (14%).

Atheists are especially likely to mention hobbies and activities in general — roughly a third (32%) of atheists do so. In particular, they are more likely than Americans overall to mention creative activities like painting and writing, leisure activities like playing games and watching movies, and traveling or exploring new places as sources of meaning and fulfillment in their lives. For example, one said, “I also find a lot of pleasure in trying new things, athletics, and exploration. I have the money and the flexible schedule to go on adventures and challenge myself physically.”

It makes a lot of sense. The opportunity to experience the most of what life has to offer — the only life we’ll ever have — sounds pretty damn motivating to me. And money is a tool to obtain those experiences.

Perhaps the most telling chart from these surveys comes from the age breakdown. The younger you are, the less likely religion plays a role in what drives you. It didn’t matter if the question was open-ended or a list of options, only a handful of younger people offered up “religion” as a motivating force.

If religion doesn’t motivate you right now, it’s hard to imagine mythological stories and guilt-driven rules and regulations are going to change the way you act in the future.

It seems that religion isn’t as big of a factor in people’s lives as it used to be. Among younger people, it’s even less important. We’re getting to a point where religion might still be a part of your life, but it’s quickly blending into the background while people define themselves in other ways. They’re driven by what they love, not what they fear and certainly not what they might find in the afterlife. That’s good news all around.