Actress Brenda Epperson, who once starred in the soap opera The Young and The Restless, is grateful that her California home was spared by the recent wildfires. She’s not just thanking God for the lack of damage; she insists that God is using the disaster to bring people closer to Him.

CBN News spoke with actress Brenda Epperson who lives in the region affected by the fires.

Epperson says in a Facebook video that she prayed Psalm 91 over her home, and the fire miraculously stopped right at the border of her property.

Now, Epperson and her family are helping anyone who’s lost their homes. They’re helping drive people to their homes and providing food, supplies, and whatever they need.

Despite the devastation, Epperson believes God will turn tragedy into an opportunity for people to know Him.

“The good that’s going to come out of it is I believe that revival, that God is going to wake us all up. I know my life is changed and I just want to share the love of God even more with everybody,” she shared.

While Epperson deserves credit for using her good fortune to help others, that doesn’t make her sentiment any less hurtful to those who lost their homes. What makes Epperson’s home more special than anyone else’s? Surely she wasn’t the only one who prayed for protection.

You would think a God who wants people to worship Him could do better than sparing a few select homes. Maybe God could’ve prevented the entire fire instead. Maybe God could find the 1,300 people currently unaccounted for… or spare the 76 lives that have been lost to the fire so far.

But at least Brenda Epperson’s home is okay.

If that doesn’t convince you to start praying, nothing will. 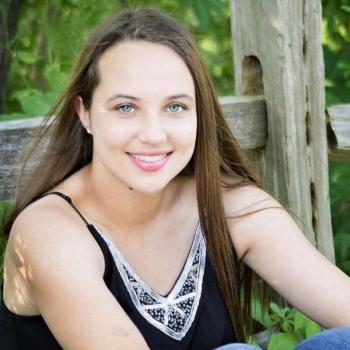 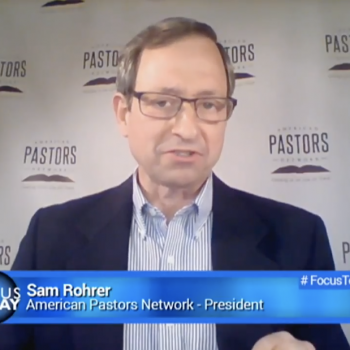 November 19, 2018 Christian Leader Lies About Elected Muslims, Saying They Back "Islamic Ideology"
Browse Our Archives
What Are Your Thoughts?leave a comment