Substitute Teacher Fired After Praising Students for Standing During the Pledge

Jim Furkin, a longtime substitute teacher in Missouri’s Parkway School District, was suspended from subbing at Parkway South High School this week after he praised students for standing during the Pledge of Allegiance.

The school says the Pledge every day, but obviously students aren’t obligated to participate. They can remain seated or stay silent. I don’t know if Furkin knows that, but on the day he was in class, he made it a point to thank the students for standing up. (Two of the kids did not.)

“The PA announcer says please rise for the pledge of allegiance,” Furkin told Fox 2. “I say ‘let’s go’. The kids get up, 24 kids in class and 22 got up. I say, ‘thank you very much, all of you that participated. I appreciate that. I’m sure all of those families that lost loved ones so we could have the freedoms we have today would appreciate that, too.’ That’s what I said.”

Well, that’s why he’s in trouble. He suggested that students who choose not to stand were somehow insulting the families of dead soldiers. That’s not true. It’s the same flawed mentality that leads some people to claim Colin Kaepernick was disrespecting the troops when he knelt to raise awareness of police brutality.

Not only was Furkin wrong in theory, he effectively singled out the kids who didn’t stand and acted like they had done something wrong when they didn’t.

Despite ten years of working for the district, Furkin said he was told he couldn’t sub at this particular school anymore. The other schools were still okay. Not that it made him feel any better.

Furkin compared his action to complimenting the hairstyle of one board member but not the others and then being banned from future meetings because he’d bullied the other board members. The flag, he said, was a special case with him.

“I just think that I would try to convey something like that to the kids who just take everything for granted. That flag is not to be taken for granted, in my opinion. It is our symbol of freedom,” Furkin said.

Again, he’s assuming the kids who aren’t standing for the Pledge are taking their freedom for granted. That’s a lie. He doesn’t know why they didn’t stand. Maybe they don’t believe we’re a nation “under God.” Or maybe they don’t think there’s really “liberty and justice for all.” Maybe they just didn’t feel like it. It doesn’t matter. But Furkin made harmful assumptions anyway.

The district put out a statement saying that Furkin’s actions were wrong, but there was more to the story that they couldn’t discuss. They noted that the Pledge incident, while problematic, wouldn’t be grounds for a suspension on its own.

… While we cannot share details of individual personnel matters, we would not recommend that a substitute teacher be restricted from a school simply based on a single isolated incident such as this. Several factors, including prior concerns at other schools, would be taken into consideration before making a recommendation.’

We always try to protect the privacy of everyone involved during these matters. However, there has been an omission of important facts in this case. The truth is, we recommended that this substitute not return due to a pattern of inappropriate conduct.

A pattern?! What the hell did he do?!

The employee was previously restricted from another Parkway high school for recording video of students without their permission in class. In addition, he violated appropriate teacher-to-student interactions by sharing his personal contact information with students at South High. Based on previous concerns from staff and students, the principal of South High addressed these matters with the substitute teacher. The substitute was coached and reminded of his professional obligations.

You won’t be surprised that FOX News’ Todd Starnes doesn’t give a damn about his creepiness, his videotaping, or his sharing of personal contact information with the kids.

Furkin was a 10-year veteran substitute teacher for the district — working nearly every day at one of the high schools. If there were really issues with his classroom conduct, why did the district continue to put him back in the classroom?

I suspect this is really about a school district punishing a patriotic teacher because they were afraid of offending an unpatriotic child.

Starnes’ suspicions, as usual, are wrong. Why did the district let him stay? Probably because the contact-sharing incident wasn’t damning enough on its own, and when you have a reliable sub, you’re reluctant to put him on a blacklist unless you absolutely have to. He was already kicked out of one school for the videotaping. He’s been kicked out of another one for the Pledge debacle. It’s about time the district cut him loose. 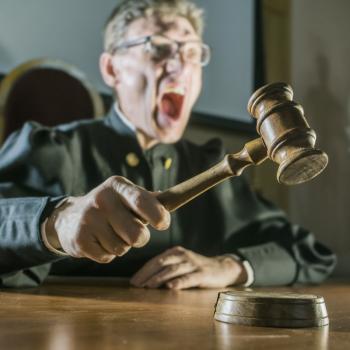 November 17, 2018
Podcast Ep. 244: The Conservatives Lawyers Weren't Worth It
Next Post 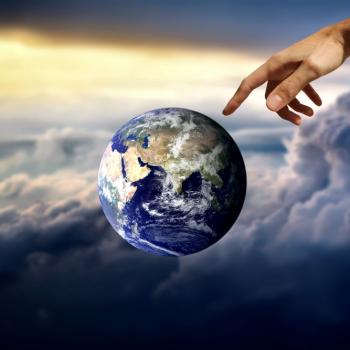