A group of Catholic bishops in the United States were forced to put off their proposals related to sexual abuse reform after the Vatican intervened.

The U.S. Conference of Catholic Bishops (USCCB) drafted two measures in response to the Church’s wide-ranging sex abuse scandal, hoping to bring about change and protect young victims, but consideration of those amendments has been postponed with no indication of when that situation might change. The Vatican intervened at the last minute, according to NPR.

Announcing the surprise move at the start of the bishops’ annual fall assembly, Cardinal Daniel DiNardo said, “At the insistence of the Holy See, we will not be voting” on the changes.

“The Holy See has asked that we delay voting,” DiNardo said, because Pope Francis plans to hold a global meeting of conference presidents, scheduled for February 2019.

One of the two “action items” would establish standards of accountability for bishops; the other would set up a special commission for receiving complaints against bishops.

“I am sorry for the late notice, but in fact this was conveyed to me late yesterday afternoon,” said DiNardo, the archbishop of Galveston-Houston.

To summarize, the Vatican stepped in to prevent a vote on much-needed protections — including those that would help hold clergymen accountable — because they’d like to discuss them at an event in 2019. There wasn’t even a symbolic vote for the motions. They stopped the progress of measures that could protect children, pushing it back with no guarantee they will put forth similar standards at that time.

I don’t blame DiNardo for reading what the Vatican sent him, but he does seem naïve about the situation. He said he hopes the delay will let the Catholic Church improve its response to the abuse crisis. I guess the thinking is that the Church hasn’t fixed the problem for several decades, so what’s wrong with a few more months of doing nothing?

When DiNardo began the bishops’ meeting on Monday, he devoted a large chunk of his opening address to speak directly to abuse survivors.

“Where I have not been watchful or alert to your needs, wherever I have failed, I am deeply sorry,” DiNardo said. He added. “Some would say this is entirely a crisis of the past. It is not. We must never victimize survivors over again by demanding they heal on our timeline.”

Many of the abuse cases that have now become part of the public record date from years or decades ago. “But the pain is daily,” the president of the U.S. bishops said.

At a midday news conference that focused heavily on the months-long delay, DiNardo said that even though the U.S. bishops cannot immediately hold a vote, they would still work to clarify the actions they want to take, “so that Rome will see that.”

It’s good to see that many of these bishops want real change — and a transparent check on their peers. But that sentiment means next to nothing without full support from the Vatican. The only way this incident doesn’t become yet another blip on the timeline of Church inaction is if the Vatican uses the extra time to propose even stricter, more transparent ways to prevent sexual abuse and punish those who are both responsible for it and who overlook it. 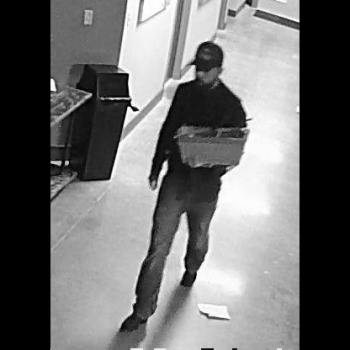