Singer Zayn Malik Says He’s Not a Muslim: “I Don’t Believe Any of It.”

Singer Zayn Malik, a former member of the band One Direction, has officially broken up with Islam, according to an interview published in the December issue of British Vogue. Malik was arguably the most famous Muslim celebrity in Britain given his family history (his father was a Pakistani Muslim), but he told reporter Giles Hattersly that the label simply isn’t accurate. 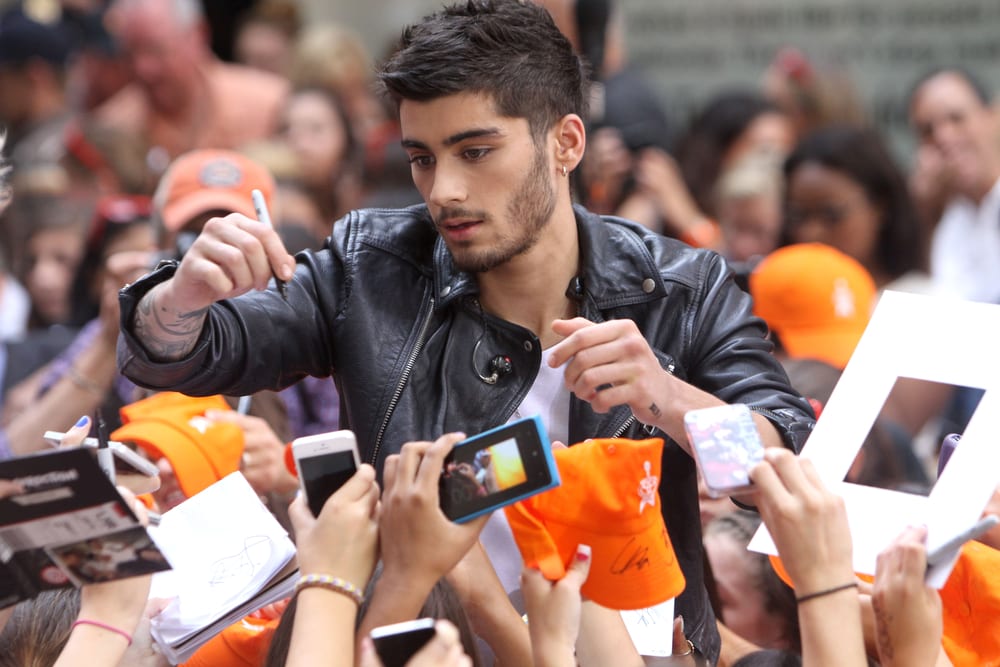 Zayn is routinely touted as Britain’s most famous Muslim. Does he count himself as especially religious? “To be honest, I’ve never spoken publicly about what my religious beliefs are. I’m not professed to be a Muslim.” Would he call himself a Muslim now? “No, I wouldn’t,” he says thoughtfully. “I believe whatever people’s religious beliefs are is between them and whoever or whatever they’re practising. For me, I have a spiritual belief of there is a god. Do I believe there’s a hell? No.”

He worries that even discussing faith “becomes a religious fucking debacle of philosophers. I just want to keep it between me and whatever I believe. I feel like that makes me move through life in a nice way. If I behave well, I will get treated well. That’s it. I don’t believe you need to eat a certain meat that’s been prayed over a certain way, I don’t believe you need to read a prayer in a certain language five times a day. I don’t believe any of it. I just believe if you’re a good person everything is going to go right for you.” Was it easy to drop his religion, with his family? “Really easy for me,” he says, nodding. “With my mum and dad, they were always there to educate us — I did go to mosque, I did study Islam — but they gave us the option so you could choose for yourself.” But he’s glad of his childhood years at the mosque. “There’s definitely beautiful parts to every religion,” he says, pleased to have built his life around the tenets of Islam.

That’s exactly what you’d expect to hear from a celebrity who doesn’t want to alienate a huge fan base but also doesn’t want to present himself as something he’s not. Like many celebrities, he insists he’s “spiritual but not religious” without tying himself to a particular faith — much less one that generates plenty of controversy.

You have to applaud anyone who says he studied and explored a faith, only to realize it wasn’t for him, while saying that the rituals associated with the religion are just silly. He’s right. They have no effect on the world except in the believers’ minds.

But his honesty isn’t sitting well with some Muslims.

The Paki community no longer claims Zayn Malik, his actions will now be referred to as "goriyan de kam"

fully understand why so many things are haraam in islam, the music industry and alcohol being an example. they just distance you from your religion till you’ve lost all faith.

zayn’s a prime example of letting fame get to his head. cancelled. � pic.twitter.com/qhghOfw2XK

Zayn Malik left One direction, Perrie, and now Islam… Who knows what he’s gonna leave next…

zayn malik left Islam? feel like i’m going through a break up, my chest is hurting must be my heart ���

You guys really expected Zayn Malik, a singer, someone who drinks, smokes, parties, has tattoos is every edge of his body to consider himself a Muslim? What are you all shocked about, Im confused ���

It’s all a bit overblown, especially when you consider his entire image — dating, partying, the tattoos — isn’t exactly what you’d expect from a devout Muslim. But as we’ve learned with white evangelicals embracing Donald Trump, when someone pays your faith lip service and doesn’t fear association with your terminology, it’s easy to let all the hypocrisies slide.

(via MangoBaaz. Image via JStone / Shutterstock.com. Thanks to Melissa for the link) 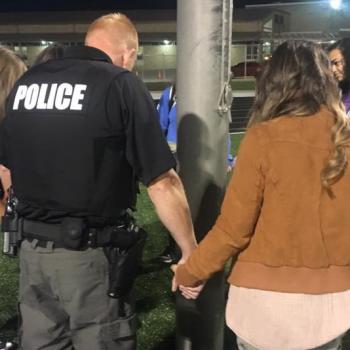 November 13, 2018
Indiana Atheists Catch Cop and Teacher at School's "See You at the Pole" Event
Next Post