In His Latest Book, A.J. Jacobs Goes on a Godless Journey of Gratitude November 13, 2018 Hemant Mehta

In His Latest Book, A.J. Jacobs Goes on a Godless Journey of Gratitude

I first heard about A.J. Jacobs more than a decade ago when he had followed through on a fascinating question: What if you tried to follow every rule that’s in the Bible? It wasn’t easy. Some rules contradicted other ones. Some called for death if you disobeyed. Some were ridiculously specific and absurd (like not mixing certain fibers).

The end result was his excellent book The Year of Living Biblically. Earlier this year, a TV sitcom based on that premise aired on CBS… only to be cancelled within a few months due to low ratings.

Jacobs’ new book, out today, is another one in which he takes an idea and follows it through in excruciating detail. Thanks A Thousand is all about his attempt to thank every single person involved with making him a cup of coffee in the morning — from the barista who served him to the person who picked the coffee beans. (It goes well beyond that, too.) 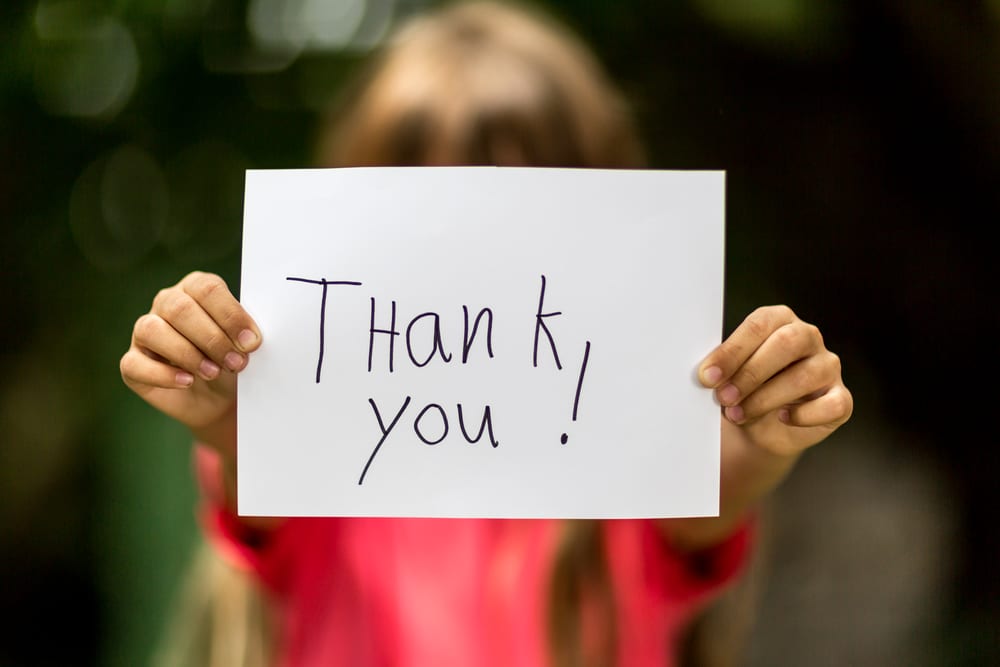 Most interesting to me? God isn’t included in the mix. And that’s why his experiment strikes me as a radically humanistic one. Instead of thanking God for the good things in his life, he wants to thank the people who actually deserve it. He wants to thank them personally. He also reminds us that, within reason, there’s no reason we can’t do the same.

Jacobs was kind enough to answer my questions about his book:

A lot of religious people thank God for the good things in life. After this experiment, do you see that as an acceptable catchall (so you don’t have to go through a long list) or a cop-out (since God didn’t do the work)?

First of all, maybe this goes without saying, but… thank you! I’m delighted to be interviewed by you. I love what you do, and I consider myself a fellow Friendly Atheist (though nowadays I prefer the “Friendly Naturalist,” as suggested by physicist Sean Carroll).

As to your question: No, I don’t believe that thanking God is an acceptable catchall, since to me it kind of misses the point. Even if God exists, He wasn’t out in the hot sun picking the coffee beans. Humans were. In fact, the book began when I was experimenting with a secular “prayer” of thanksgiving before meals. A couple of years ago, before dinner, I started to say, “I’d like to thank the farmer for growing these tomatoes, and the trucker for driving these tomatoes to the store.” And one day, my 10-year-old son said, “You know Dad, that’s kind of lame. Those people can’t hear you. If you really cared, you’d go and thank them in person.” And I thought: “Huh. That’s a good idea. That’s actually a book idea. So thanks, son, for earning your supper.” And then I spent the next year traveling the globe thanking everyone who had even the smallest role in making my cup of coffee.

Of all the people you thanked in the book, who deserved it the most but received it the least?

One person I loved talking to was the man who invented that cardboard sleeve that goes around my coffee cup. I learned this sleeve even has a name. It’s a zarf. (Before the cardboard zarfs, there were zarfs in ancient China made of gold and tortoise shell).

This guy — his name is Jay Sorenson — has saved billions of fingers from annoying and uncomfortable heat. He’s a hero. A minor hero, but still a hero. Though the cardboard sleeves probably impact the environment negatively, so now I prefer drinking my coffee from reusable mugs. Everything’s a trade-off.

Is there anyone who didn’t appreciate being thanked?

Well, it’s interesting. There was just a study that indicated that we overestimate how awkward it is to thank people, and we underestimate how meaningful it feels to be thanked.

That said I did get some skepticism from some thankees. I got a few people who were like, “Is this a pyramid scheme? What are you selling?”

But far more thankees seemed grateful. I remember calling up the woman who does pest control for the warehouse where my coffee beans are stored. I said, “I know this sounds strange, but I’d like to thank you for keeping the insects out of my coffee.” And she said, “that is strange. But you just made my day. I rarely get thanked.”

Reactions like that gave me a little dopamine boost. It was like making an anti-crank phone call. I felt like I was doing penance for all the obnoxious crank phone calls I made in high school.

Do people ever take your appreciation as disingenuous? How would you react when they seemed more puzzled than grateful?

Mostly, just move on. There are so many people to thank.

A lot of atheists may be familiar with your book The Year of Living Biblically where you spent a year trying to follow every rule in the Bible… I’m wondering how you felt about the TV version of your book. Did it live up to your expectations? How much say did you get in what we saw on TV?

Have you ever heard religious people say, “Love the sinner, hate the sin?” That’s the way I feel about the TV show inspired by my book. I loved the folks who made the show — they were smart and kind and funny — but I was NOT a fan of the TV show itself. I wouldn’t use the biblical word “abomination,” but I was definitely disappointed. My main problem with it was this: I wrote the book as a critique of those who take the Bible literally and the dangers of fundamentalism. That didn’t come through in the show. The show was more of a tame morality play about how following the Bible can make you a nicer person.

And since I’m not Stephen King or Dean Koontz, I had no control over the show. I sold the rights to the production company and CBS and they had their way with it. Though I did get to visit the set and enjoy the craft services table (including the free matzoh for Passover), which was fun.

For those who didn’t see the show (which I assume is most people), it was very, very loosely based on my book. The main character was a writer who decides to live by the Bible because his wife is having a baby. But there were tons of differences: I’m Jewish, he was Catholic (there are a lot more Christians in the CBS audience than Jews). I had dozens of biblical advisers, he has two (a rabbi and a priest). I followed the Bible literally, he followed the gist. (For instance, in one scene, he buys a key chain in the shape of Jesus. He calls it “Keysus.” I would never do that during my project. That’s a direct violation of the commandment to avoid making likenesses of anything in Heaven, on Earth, or in the ocean. A Jesus keychain is an idol! I spent the year trying to avoid such representations. I wouldn’t even use emojis in my emails because they are the likeness of a smile.)

When the show went off the air, I felt bad for the lovely people who worked on it. But frankly, a bit relieved.

Is there a challenge in bringing God to the small screen these days? No doubt network producers want to avoid alienating viewers, but shows like God Friended Me strike me as trying to capture a religious audience without actually talking about God. That feels like a compromise that leaves both believers and non-believers frustrated. As someone whose show was ostensibly about religion, I’m curious what you think about that.

I watched the first episode of God Friended Me. I thought the writing wasn’t bad, and it seems to be doing okay in the ratings. My main problem with God Friended Me is the same issue I have with a lot of TV shows and movies: The glorification of Belief.

In God Friended Me, the main character is an atheist podcaster who is mysteriously friended by God on Facebook. At first he thinks it’s a hoax, but then comes around to see the light. His coldness melts, his eyes open!

Unfortunately, this is a very common theme: The hard-hearted overly rational main character who is transformed when he starts to believe in magic. It’s everywhere. Peter Pan. Touched By an Angel. A ton of Christmas movies like Miracle on 34th Street and Elf (which I did love). Often, it’s revealed that the atheist denied God because of some tragedy in the past (death of a loved one) and he/she just has to open his heart to be happy.

You rarely see the opposite plotline: A believer who is converted to rationality. I watched a few episodes of HBO’s Crashing, which is one of the few that seems to go that way. I plan to return to it. It gives me hope. Not irrational hope, but hope.

Thanks A Thousand is available today. Be sure to check it out. And then do your best to live it out.

November 13, 2018
This Christian Ministry's Contract With a Public School District is Ridiculous
Next Post

November 13, 2018 Atheists Sue WI Attorney General Over Establishment of Faith-Based Chaplaincy
Browse Our Archives
What Are Your Thoughts?leave a comment