Chicago Bears Kicker: Jesus is the Reason I Hit the Uprights Four Times

If you saw the Chicago Bears play the Detroit Lions yesterday, you also saw Bears kicker Cody Parkey miss two extra points and two field goals. The story wasn’t that he missed out on eight points for the team. It was that he hit the uprights on every one of those kicks.

What are the odds…?

Parkey didn’t just chalk it up to bad luck, though. He’s saying this was just part of God’s Master Plan.

Parkey said he heard from Bears coaches during the game.

“Of course they’re frustrated with me, but who’s more frustrated than myself?” he said. “I mean, this is my job, this is what I’m supposed to do, and I’m missing out there. I’ve got just to trust in what I’m doing and trust that my Lord and Savior Jesus Christ makes no mistakes. For whatever reason, that was the day I was supposed to have.”

Yes, Jesus was sitting there with his blueprint for Parkey’s life and figured the kicker would miss those points in the strangest possible way. Because that’s more of a pressing issue than people dying of starvation.

Ultimately, his misses didn’t matter. The Bears won by 12 points and a victory was never really in doubt. Had Parkey made the kicks, it would’ve simply padded their victory. So the kicks were more a meaningless source of entertainment than a series of devastating misses. Though his inability to score what should have been relatively easy points may lead the coaches to trade him or have him sit out in the future. At one point later in the game on Sunday, the Bears opted for a two-point conversion attempt rather than let Parkey kick again. 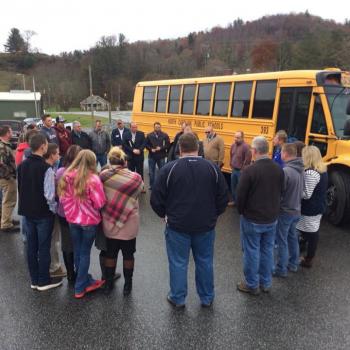 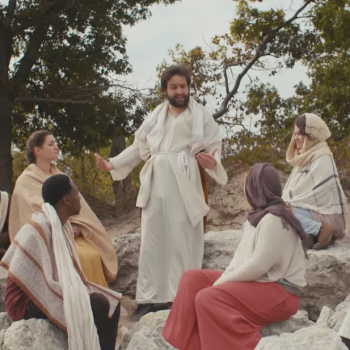 November 12, 2018 GOP Jesus Explains the Republican Party's Religious Hypocrisy
Browse Our Archives
What Are Your Thoughts?leave a comment