A group of North Carolina parents and pastors were so offended about the presentation of a Shakespeare play at a local high school that they formed a prayer circle for the students.

The Parkway Playhouse came to Mitchell High School in Bakersville to perform the play on Thursday, but some people thought it had “inappropriate content.” From that, we can deduce it was… basically any Shakespeare play.

Parents complained about themes involving suicide, alcohol consumption, and bad language. (From that, we can also deduce that they have serious issues with the Bible.)

The full report explains how the play that was performed was an excerpt from “The Complete Works of William Shakespeare (Abridged),” a popular parody of many of Shakespeares’ works. This particular cutting of the script was meant to be age-appropriate, but that clearly wasn’t enough for the protesting parents.

Toe River Arts Council, who helps set up these plays, has apologized for the content, which it also deems inappropriate for high school students.

“We realize that there was inappropriate content in the original script of the play which we were told was to be edited to make it appropriate for high school audiences,” reads the official statement from Toe River Arts Council. “The intention was for it to be funny as well as to show how plays were actually performed in Shakespeare’s day. Also, because the director is an experienced high school drama teacher, we believed that she would review the content and conduct to make it fun, educational and appropriate.”

The superintendent of Mitchell County schools said he didn’t see the play, but it was stopped immediately when one of his staff realized there was drinking being portrayed as well as inappropriate language and portrayal of a suicide.

It’s unclear which of Shakespeare’s plays they were parodying at the time, but the comedy’s version of “Romeo and Juliet” includes a scene with alcohol and the main characters’ suicides. (Obviously.) [Hemant’s note: I’ve spent nearly two decades around high school theater students. This parody script is one that’s well-known, frequently performed, and a crowd pleaser.]

While it makes sense for the school to have a line performers shouldn’t cross, performing Shakespeare is virtually impossible without some “adult” content. You can’t simply ignore the stabbing death of Julius Caesar, or the fate of MacBeth, or the actions taken by the star-crossed lovers. It’s hardly inappropriate to discuss these passages with high school students.

That said, if Shakespeare was somehow the bad guy in all this, would praying in a parking lot help anything? Pretending you’re being persecuted in response to a clever, funny, and educational presentation of classical plays is a complete overreaction. If these parents don’t want their teenagers learning about Shakespeare, maybe they should keep them home.

(Thanks to Wanda for the link) 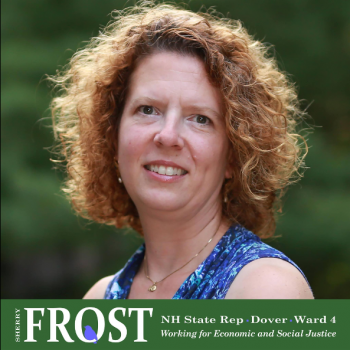 November 11, 2018 Tarrant County (TX) Republicans Still Want to Oust Local Leader for Being Muslim
Browse Our Archives
What Are Your Thoughts?leave a comment