Consider what we know about Ark Encounter’s attendance. The Creationist theme park doesn’t release official attendance numbers, nor do they have to, but based on public records, we still know quite a bit.

Like when it comes to ticket-paying customers, the Ark is selling fewer tickets now compared to the same time period a year ago. They sold fewer tickets this September than last September, and the disparity appears to be growing with each passing month.

Whenever we report those numbers, we include a caveat: Those are paying customers. Some people get in for free (like toddlers). Some pay for lifetime passes and don’t have to pay for a ticket the next time around. How many people do that? Who knows.

But Ken Ham insists that the hidden numbers make the attendance figures look better than usual. In a piece published in the Lexington Herald Leader, he says the attendance “numbers are strong and getting stronger.”

It’s important that readers ignore what many in the media (plus bloggers) have falsely claimed — that 862,000 is the total number of people who actually visited the Ark in its second year.

First, that’s an impressive number on the face of it, even though it is not accurate. That 862,000 figure was released by Williamstown as the city reports the amount of safety tax collected from each paid ticket at the Ark.

While there are no public records of the Ark’s true total attendance a reporter can access, I can confirm that the Creation Museum (2007 opening) and the Ark Encounter (a July 2016 launch) have welcomed well over 6 million paid visitors.

Now, if the Ark is supposedly struggling, how could we build a new $20 million multi-purpose center, seating 2,500 people (opening in a few months), and greatly expand our zoo?

Considering Ham is famous for not understanding science, it shouldn’t surprise us that he’s not a fan of math and logic either.

At least on this site, we said that the 862,000 customers did not include those who got in for free. But we also pointed out that the city of Williamstown had to cut its initial budget projections almost in half because the Ark wasn’t drawing in the number of people they expected. Some of that attendance inflation came from Ham himself, since he routinely says more people will visit the Ark than actually do.

If he’s so fed up with people misreporting the number he provides the city, then he should release the total attendance, month by month, so there’s no ambiguity. He has good reason to do it, too, since he says the “misinformation” may be hurting local businesses:

Actually, misinformation spread by the media could be counterproductive for Williamstown, as potential investors could shy away from building much-needed hotels, restaurants, etc.

No one’s spreading wrong information on purpose. We’re reporting on the numbers Ark Encounter provides the city. It turns out the truth is bad for business. That’s never a good sign for a business that’s built on a lie. 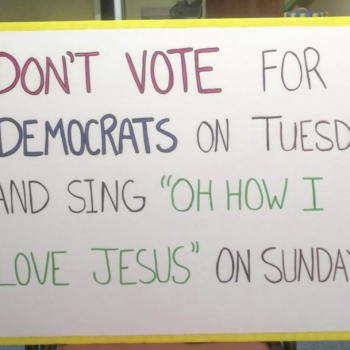 November 10, 2018
Florida Church No Longer a Polling Place Due to “Don’t Vote for Democrats” Sign
Next Post 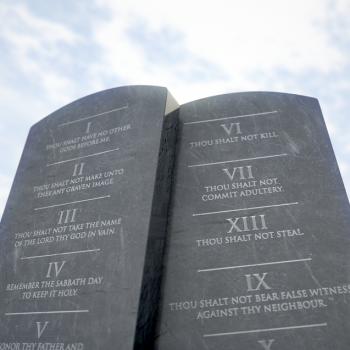 November 10, 2018 Christian Lawyer Says Alabama's Ten Commandments Ballot Initiative Will Backfire
Browse Our Archives
What Are Your Thoughts?leave a comment