A woman wrote to the The 700 Club on Tuesday to ask Pat Robertson for advice.

Why anyone would do this, I don’t know, but she did. She said she ran a non-profit and prayed to Jesus during their monthly meetings. Some volunteers said they were uncomfortable with that. So what should she do, Pat? Will she get in trouble?!

His response, as you’d expect, offered no sympathy to her victims.

If you’re a non-profit, you can do what you want to do! And if you don’t give glory to God, He’ll take away His blessing. If there are a couple of volunteers who get offended by it, tough luck!… Don’t stop talking about Jesus, whatever you do, alright?

He’s technically right that a private non-profit’s leader can pray if she wants to. She’s not the government. She’s not going to get sued over this.

But Robertson never addressed the other important concerns. If volunteers for her group didn’t like what she was doing, shouldn’t she be a true leader and work with them to find a compromise? Has it ever occurred to her that her God, by her rules, could still hear her if she prays silently? Why would God punish her generous charity if she doesn’t force everyone to listen to her public prayer?

Nope. Just a reminder from Robertson to force her will on everyone in her organization. As if that’s the best way to build morale. 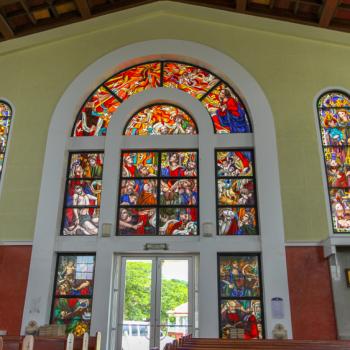 November 8, 2018
Guam’s Catholic Church is Filing for Bankruptcy Due to Child Sex Abuse Cases
Next Post 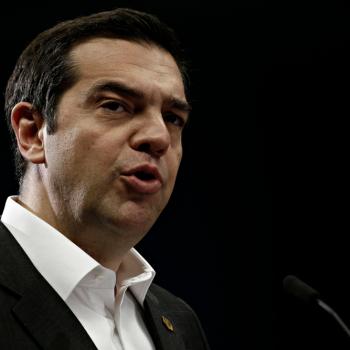 November 8, 2018 Greece's Atheist Leader to Lay Off 10,000 Clergymen and Hire Public Servants
Browse Our Archives
What Are Your Thoughts?leave a comment