A Florida psychologist who says he used to be gay, and pushed his clients into dangerous “conversion therapy,” was reportedly found looking for “hookups” on gay dating sites. 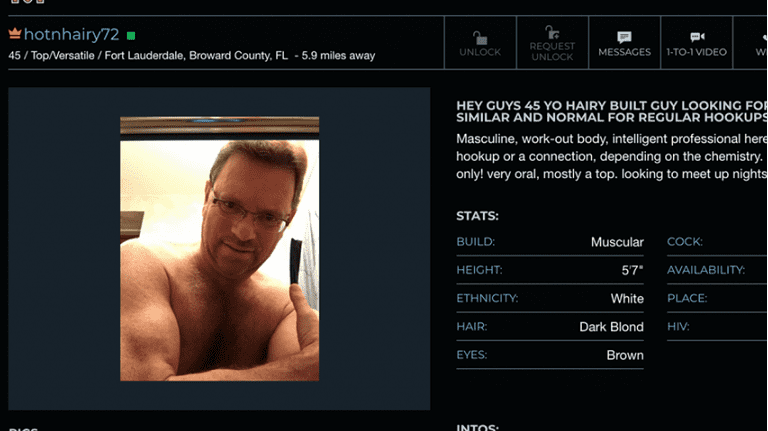 Orthodox Jewish therapist Norman Goldwasser, currently the clinical director of Horizon Psychological Services in Miami Beach, was “outed” by Truth Wins Out, an LGBTQ nonprofit that fights against “conversion therapy.” Despite Goldwasser’s practice of telling patients he can cure their gay tendencies, he was caught soliciting partners on Manhunt, a Tinder-like app specifically for men to meet each other.

To make matters worse, he went by the account name of “Hotnhairy72.”

… During our operation, Goldwasser, going by the pseudonym “Dave”, offered to meet for sex with our operative, “Brandon,” at a Fort Lauderdale motel room. Goldwasser also had a profile on Bear Nation by the same name.

“Norman Goldwasser’s double life of unconscionable lies highlights the rank hypocrisy and predatory nature of the fraudulent ‘ex-gay’ industry,” said Truth Wins Out Executive Director Wayne Besen. “We urge every state to ban the scourge of conversion therapy that attacks the mental health of LGBT youth and puts them in harm’s way.”

That is well put. “Conversion therapy” is, at best, a pseudoscientific waste of time. At worst, it’s torture. There are currently 14 states, plus the District of Colombia, that ban it for minors. But there is a loophole for religious groups and their “pray away the gay” programs, according to TWO, which provided screenshots of the therapist’s account to NBC News.

Maybe the most salient detail about this story is that the profile was discovered by one of Goldwasser’s former patients. That person tipped off TWO.

The Manhunt profile, which has since been deleted, includes several nude images that appear to be of Goldwasser and lists a number of interests, including “dating,” “kissing,” “married men,” “massage” and a series of more explicit activities, according to screenshots provided to NBC News by Truth Wins Out.

Wayne Besen, the founder and executive director of Truth Wins Out and author of the 2003 book “Anything but Straight: Unmasking the Scandals and Lies Behind the Ex-Gay Myth,” said his organization was alerted to Goldwasser’s alleged profile by someone who claimed to have been one of the licensed psychologist’s former “gay conversion therapy” patients.

Besen said after receiving the tip, he created a fake profile for “Brandon” to try to connect with Goldwasser directly. Goldwasser then allegedly offered to meet with “Brandon” at a Fort Lauderdale motel room. Besen eventually revealed that there was no “Brandon” and confronted Goldwasser about his promotion of “gay conversion therapy.”

If this isn’t the ultimate justice, I don’t know what is. A self-hating gay therapist brought down by a former patient and a group known for fighting against fake “treatments” for homosexuality. If that doesn’t convince people of the failure of “conversion therapy.” nothing will. Goldwasser’s own actions disprove his theories.

If he’s looking to overcome the embarrassment of his hypocrisy, he could start by apologizing to LGBTQ people for all the harm he’s caused them and shut down his business. For now, he hasn’t made any public comments about the matter. 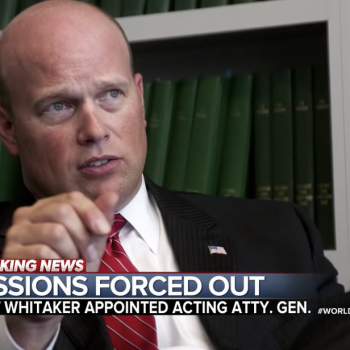 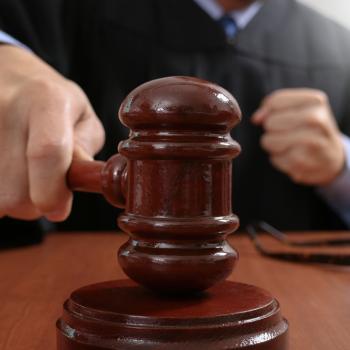 November 8, 2018 The GOP Has Solidified Its Hold on the Courts for Generations to Come
Browse Our Archives
What Are Your Thoughts?leave a comment