Christian Activist: By Voting, Democrats Are Violating the Will of the People November 7, 2018 Hemant Mehta

Christian Activist: By Voting, Democrats Are Violating the Will of the People

E.W. Jackson is a Christian activist who tried and failed in 2013 to become Virginia’s Lt. Governor. And then he tried and failed to become the Republican challenger for the U.S. Senate seat that was just won (again) by Tim Kaine.

Which is to say he ought to understand how elections works.

But Monday night, during a livestream with Christian preacher Andrew Wommack on the “Truth & Liberty Coalition” webcast, Jackson argued that Democrats were trying to “overthrow the expressed, legitimate will of the American people in the 2016 election”… by voting on Election day.

And this election is also about the integrity of elections themselves, because what [Democrats are] really trying to do is overthrow the expressed, legitimate will of the American people in the 2016 election. That’s really what this is all about. They believe that the 68 million people who voted for Donald Trump were stupid and ignorant and didn’t know what they were doing, and that we need these elites to take over and show us what we really need. I mean… here again, that is contrary to everything this country is about!

That’s… the whole point of elections. To have a referendum on the previous years. If things aren’t going well, voters can change the people in charge. (At least in theory.)

It’s not some sort of coup just because you like the status quo.

But this is what Christian persecution looks like in practice. When other people play by the rules, conservative Christians see it as unfair because they expect special treatment. 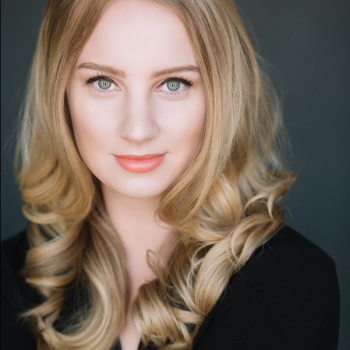 November 7, 2018 Openly Atheist NH State Rep. (a Former Republican) Loses Race As Libertarian
Browse Our Archives
What Are Your Thoughts?leave a comment