How Does a Christian Hate Group Leader Justify His Actions? He Ignores Jesus November 6, 2018 Hemant Mehta

How Does a Christian Hate Group Leader Justify His Actions? He Ignores Jesus

Yesterday, CNN’s Christiane Amanpour asked Tony Perkins, leader of the hate group Family Research Council, why his faith-based support of Donald Trump seemed disconnected from biblical principles of caring for the poor, helping the “least of these,” and showing compassion to strangers.

In short, why did Christianity inspire him to be such a dick when members of the Christian Left were using the same holy book to address social justice, racial inequality, voter suppression, and welcoming immigrants?

Perkins had one hell of a time trying to explain why his Christianity was the true Christianity.

What does the bible teach about immigration?

.@RevDrBarber told me that without scripture on how you treat the poor and the immigrant, “the bible would fall apart.”

Evangelical leader @tperkins says that while those sections are there, "it also speaks to the rule of law.” pic.twitter.com/MU5UnSVmj6

He was responding to a comment from Rev. Dr. William J. Barber II, a leader among progressive Christians, who said it wasn’t “conservative” to ignore the poor and immigrants like the Religious Right was doing. If you took those particular passages out of the Bible, he said, it “would fall apart.”

Well, I’m not holding onto the essence of the Bible. I’m holding on to the principles of scripture, and as a Christian in America, what we seek to do is to work out, knowing that we are in a secular government, but we can take those principles and argue for and shape policy just as everyone else in our country has a right to do.

It’s the assimilation. It’s the rule of law. And that’s where many on the… left side of the ledger in the faith community fail to see the rule of law and how the two go together.

Good luck figuring out how Republicans, backed by the majority of white evangelicals, are merging compassion with the rule of law. They only ever seem to care about the latter. They don’t give a damn about the needs of women who get abortions, or the reasons behind why immigrants are seeking asylum, or the causes of income inequality. They don’t care. Whatever the Bible might say plenty about the poor, they prefer to focus on the stuff that overlaps with the GOP’s platform… or whatever the hell Trump wants to do because why the hell not.

As far as the rule of law goes, Rev. Barber understands that not all laws are worth following when they’re designed to suppress or oppress people. Even Jesus knew when to flip tables.

Speaking of which, Rev. Barber was quick to point out exactly what Perkins wasn’t saying.

This answer proves what we’ve been saying about theological malpractice. He never mentions Jesus, admits he’s not trying to hold on to the essence of Scripture & refuses to admit that how we treat the poor & stranger is a central theme of the Bible. https://t.co/XoJLkdpHHp

Perkins doesn’t mention Jesus because the Bible, for him, isn’t about seeing Jesus as a role model.

He sees the Bible as a tool to trick gullible people into following his conservative agenda. The rulebook is simple: Pretend you’re following Christ, constantly speak about the importance of faith, and treat your ideological enemies — the ones who actually practice what Jesus preached — as persecutors out to silence you. It’s easier to put that plan in action when you have to convince people who were taught since birth to accept whatever self-appointed figures of moral authority told them. 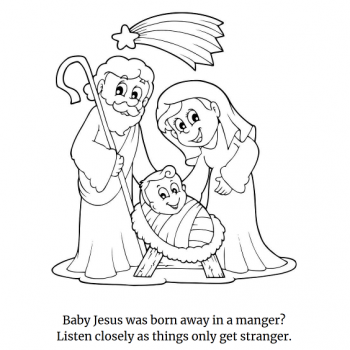 November 5, 2018
The "Atheist Christmas Coloring Book" Tells the True Story of the Holiday
Next Post 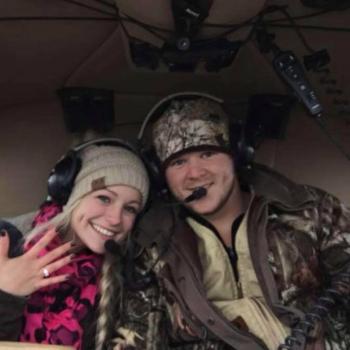 November 6, 2018 After Post-Wedding Tragedy, Friend Celebrates Couple's "Honeymoon with Jesus"
Browse Our Archives
What Are Your Thoughts?leave a comment