The Center for Inquiry is suing the state of Texas because its marriage laws require officiants to be either religious leaders or certain government officials.

In doing so, CFI hopes to achieve the same kind of victories they’ve seen in Oregon (legislatively), Illinois (via lawsuit), and Indiana (also via lawsuit). All three states now allow Secular Celebrants to officiate weddings. A similar lawsuit is already underway in Michigan. CFI says it’s also working with Ohio lawmakers on a legislative fix to their problem.

The relevant part of the Texas law can be found in Section 2.202:

There’s just no good reason to deny Secular Celebrants, who obtain that title through training, the same opportunities.

The lawsuit is on behalf of two plaintiffs, Eric McCutchan and Arthur Bratteng (Director of CFI Austin), who have that Secular Celebrant title but are not allowed to conduct wedding ceremonies — at least not ones that “count.”

And CFI makes clear that their members want people like McCutchan and Bratteng to perform their ceremonies:

A ceremony solemnized by secular elected officials is often not an acceptable alternative for any number of reasons, including: limitations on the time and place ceremonies may occur, the fact that religious concepts and language may be included in the ceremony contrary to the couple’s desires, the fact that the couple does not want the governmental overtone that the elected official’s presence carries, and that the official typically does not know the couple personally and therefore cannot construct a service which expresses the couple’s values and personalities.

Now CFI wants that to change:

Even in Texas, this ought to be a clear ruling in favor of the plaintiffs. The benefit is obvious, the harm is non-existent, and the legal precedent is fully on the celebrants’ side. 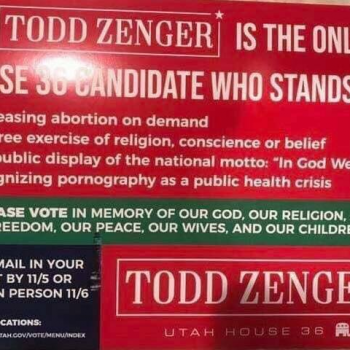 November 6, 2018
GOP Candidate for Utah House Vows to Protect "Our Religion" from Jewish Opponent
Next Post 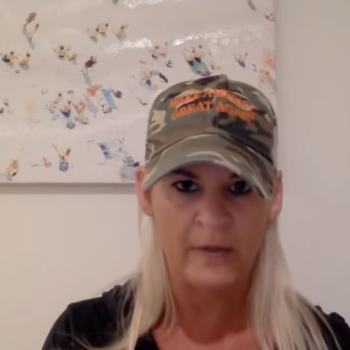