Mike Harris, a Republican candidate for Congress from North Carolina, claims that there will be no peace in Israel until all the Jews convert. 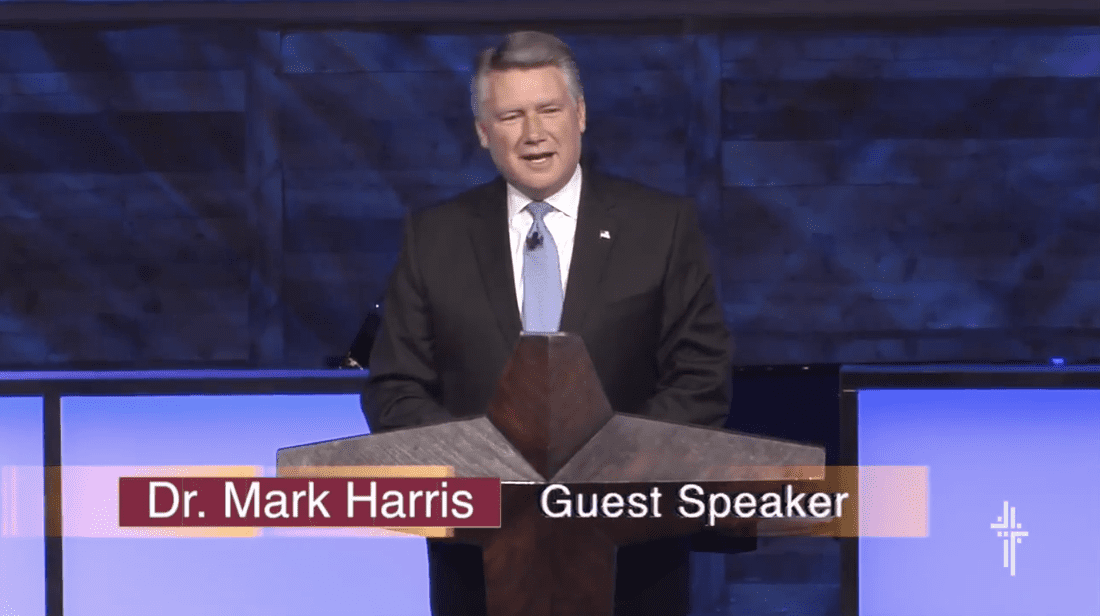 According to CNN, Harris made the comments while serving as senior pastor at Charlotte’s First Baptist Church. He also made derogatory comments toward Islam, which he said was “dangerous” and Satanic.

In 2011, Harris delivered a sermon in which he recalled a recent trip he took to Israel and noted the tension that existed between Palestinians and Israelis. He went on to say there would be no peace between Jews and Muslims until they converted to Christianity.

“You cannot be in that land, as powerful and as moving as it is, without realizing the incredible tension that is constantly in that land between the Palestinians and the Jews,” Harris said. “There will never be peace in Jerusalem until the day comes that every knee shall bow, every tongue shall confess that Jesus Christ is Lord.”

Harris continued to say that no inhabitants of Jerusalem — whether they be Jewish, Muslim, or Christians without a personal relationship with Jesus — would experience peace until they accepted the teachings of Jesus.

At best, this is a horribly naïve statement — and it conveniently never occurs to anyone in his tribe that perhaps a great deal of that division is caused by people like Harris. There isn’t universal peace or agreement among Christians themselves, despite “confessing that Jesus Christ is Lord.” Division among Christians is practically as old as the religion itself, from early councils debating about whether or not gentiles needed to be circumcised, to the Protestant Reformation in Europe (the anniversary of which was last week), and, most recently, whether or not trans people should be able to use the bathroom facility that best aligns with their gender identity, not to mention the morality of same-sex marriage and abortion.

Instead of acknowledging any of that nuance, Harris preached that Christianity was good and everyone else was bad. Satanic. Bound for Hell.

(By the way, he wants you to vote for him so he can be a uniter.)

The race between him and his Democrat opponent Dan McCready is a “toss-up” according to the Cook Political Report. 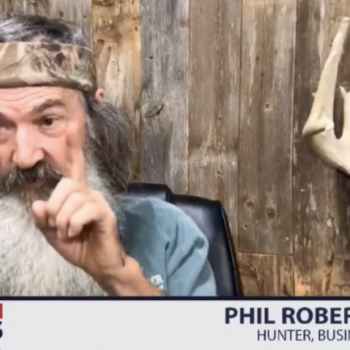 November 5, 2018
"Duck Dynasty" Dad: Vote for the GOP Because Democrats are Evil "God-Haters"
Next Post 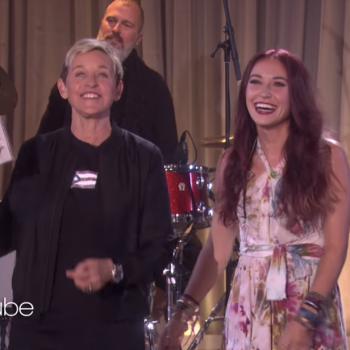 November 5, 2018 Some Christians Are Upset That an Evangelical Singer Appeared on "Ellen"
Browse Our Archives
What Are Your Thoughts?leave a comment