“Duck Dynasty” Dad: Vote for the GOP Because Democrats are Evil “God-Haters”

Maybe you’ve been holding off on voting because you were waiting for the endorsements of Duck Dynasty patriarch Phil Robertson.

Don’t worry. We’ve got you covered.

Appearing in an interview for the right-wing voter mobilization group My Faith Votes, Robertson said he wanted everyone to vote for Republicans because they have done so many wonderful things over the past two years Democrats hate God.

“This particular election, this cycle, this is the most important one I’ve seen since I’ve been on the earth,” Robertson said. “Say what you will about Mr. Donald J. Trump, but I have no argument or no negative things to say about his policies. I think he’s been a wonderful president, so far.”

“I just think we ought to look at both groups,” Robertson recommended, citing a passage from the book of Romans. “Since they did not think it worthwhile to retain the knowledge of God, he gives them over to a reprobate mind. They’re full of wickedness, evil, greed, and depravity. They’re God-haters, slanders, gossips. They’re insolent, arrogant, boastful, senseless, faithless, heartless, ruthless.”

“Just look at both groups and say, ‘Are the Republicans more godly than the other party?’” he concluded. “I’ve looked at it and I said, ‘There’s no doubt about it.’ They’re at least not anti-God, so I would say everyone go out and vote. I would recommend Republican all the way. They’re a lot better than the other side.”

Just think about how warped your mind has to be to see one party work to take away health care options from poor people, tears kids apart from their parents on a whim, engage in constant race-baiting, and suppress the votes of people who have been historically disenfranchised… and then say the people fighting against all that are “evil.”

What does that say about the Christian God that Robertson chooses to worship?

This may be the defining trait of this midterm election: Democrats across the board are fighting for health care, providing a check on government corruption, and pushing for economic equality… while Republicans are running on fear and bigotry. Their commercials show it. Donald Trump lives and breathes it. Robertson has fallen for it.

The good news is that the only people likely to care about his endorsement are people who have heard the same hyperbolic rhetoric from everyone else on the Right. It’s nothing new.

Really, it says something that “God-haters” and “faithless” aren’t even slurs Republicans are using these days because “pro-immigrant” and “Socialist” will do far more to rile their base.

Please vote for Democrats. Just so guys like this don’t get even more power. 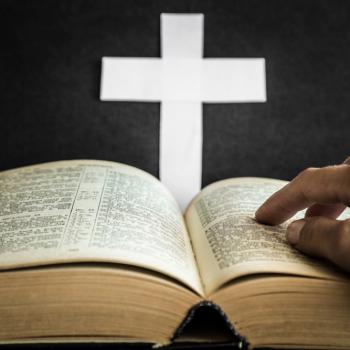 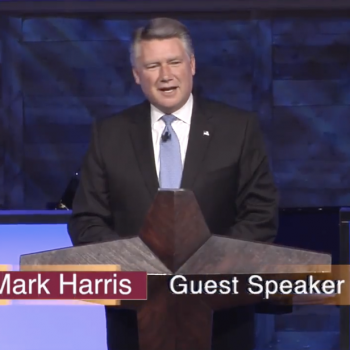 November 5, 2018 GOP House Candidate: Jews Won't Find Peace Unless They Accept That Jesus is Lord
Browse Our Archives
What Are Your Thoughts?leave a comment