The second most appalling number from Election Night 2016 may have been the fact that approximately 80% of white evangelicals voted for Donald Trump (give or take a point). While it’s not surprising that conservative Christians voted for the Republican nominee, their support meant that they weren’t turned off by Trump’s rhetoric, his grabbing of women, his bigotry, his ignorance, his deception, or anything else that should have been disqualifying. 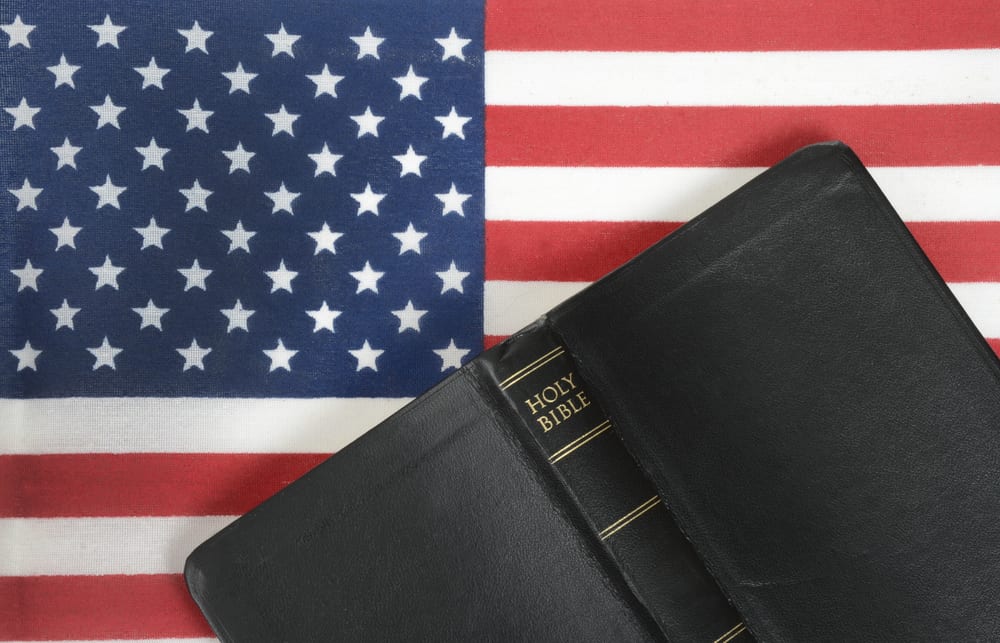 Trump has only gotten worse since the election. Despite giving evangelicals two Supreme Court justices (and counting) and plenty of other judges with lifetime appointments, he’s been everything his critics said he would be in terms of awfulness. That means evangelicals have to constantly defend their support for a disastrous president. After all, other than a handful of voices on FOX News, it’s not like pastors are bragging about Trump. They treat him like a necessary evil while simultaneously trying to paint themselves as above the drama, as if they’re not directly responsible for any of the horrible things he does.

But they are responsible. White evangelicals voted for him in a landslide and they continue to support him in roughly the same numbers. Even if some young evangelicals are distancing themselves from the faith and the GOP, most white evangelicals have no problem feeding Trump’s ego until he feeds them right back.

It doesn’t do Christianity any favors to say that out loud, though. That’s why we’re now seeing pushback from evangelical circles against the idea that they’re complicit in Trump’s atrocities.

The media is part of the problem. Reporters often go to the same “moderate” white evangelical leaders for comment that’s critical of Trump… without pressing those same leaders on their truly disturbing beliefs. President of the Southern Baptist Convention’s Ethics and Religious Liberty Commission Russell Moore, for example, isn’t a fan of Trump, but he’s also said feminism is “outright heresy.”

Another example: Ed Stetzer, the executive director of the Billy Graham Center at Wheaton College, and Billy Graham Center Institute associate director Andrew MacDonald published an article in Christianity Today arguing that the 80% number — 81% in their article — fit the narrative of critics who have long said “evangelicalism had become over-politicized, under-discipled, and hijacked by some of its most belligerent elements.”

But the number didn’t tell the whole story, they argued. A poll they conducted actually showed that the main motivators for evangelicals who supported Trump were “the economy (17%), a position on healthcare (11%) or immigration (10%), and the ability to maintain national security (9%).” See?! It wasn’t just the culture wars and abortion and the Supreme Court!

Again, this is pointing to an 81 percent that is strategic, goal-oriented, and issue-oriented. Their perception is short-term pain for long-term gain with the decisions around the economy, healthcare, national security, and immigration.

There are a few problems with that analysis, though. The main one is that any of that matters. Who cares why they voted for Trump? They voted for him. That’s the problem.

Even if evangelicals didn’t love Trump as much as critics say they do, they didn’t dislike him as much as they should have.

There’s a lot of truth to that. Non-white evangelicals care deeply about social justice and economic inequality. White evangelicals overwhelmingly care about stopping abortion and punishing LGBTQ people at all costs. Want to make white evangelicals seem more moderate? Just do a survey where they groups people by faith, not by faith and race. Problem solved.

Stroop also says this is hardly the only way white evangelicals are trying to soften their image now that Trump’s abhorrent legacy is taking shape.

People may lie to themselves as well as to pollsters about their own motives. Facing complicity in such enormous cruelty represents a serious ego threat, but if evangelicals want to be taken seriously by the U.S. mainstream going forward, they are going to need to prove themselves capable of serious self-reflection and repentance… White evangelicals own the disastrous Trump presidency. Until they admit this, admit it is a problem, and change, we must recognize them as a toxic illiberal force in American society and politics, one that needs to be politically sidelined if we are going to preserve American democracy.

When the history of this time is written, it would be incomplete if it didn’t discuss how the Christian Right formed Trump’s base and gave him cover to pursue his more despicable policies. If white Christians refused to support Trump and the Republicans who vote with him, he wouldn’t be able to get away with any of this. Instead, all the racism and bigotry and anti-Semitism and white nationalism that’s practically become the identity of the Republican Party can be fairly attributed to white evangelicals. Not because they support all those things, but because none of it bothers them enough to walk away from power. 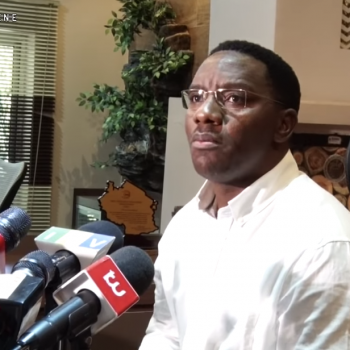 November 2, 2018
Tanzania Governor: Citizens Must Report Gays to be Arrested or God Will Be Mad
Next Post 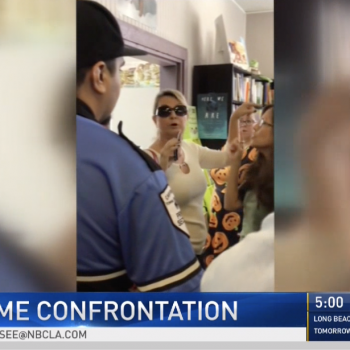 November 2, 2018 Angry Christian Woman Disrupts Drag Queen Story Hour at Bookstore Because Jesus
Browse Our Archives
What Are Your Thoughts?leave a comment