Muslim groups raised enough money to pay for the funeral expenses of victims of the Tree of Life Congregation synagogue shooting where an anti-Semitic Christian killed 11 people after shouting, “All Jews must die!” 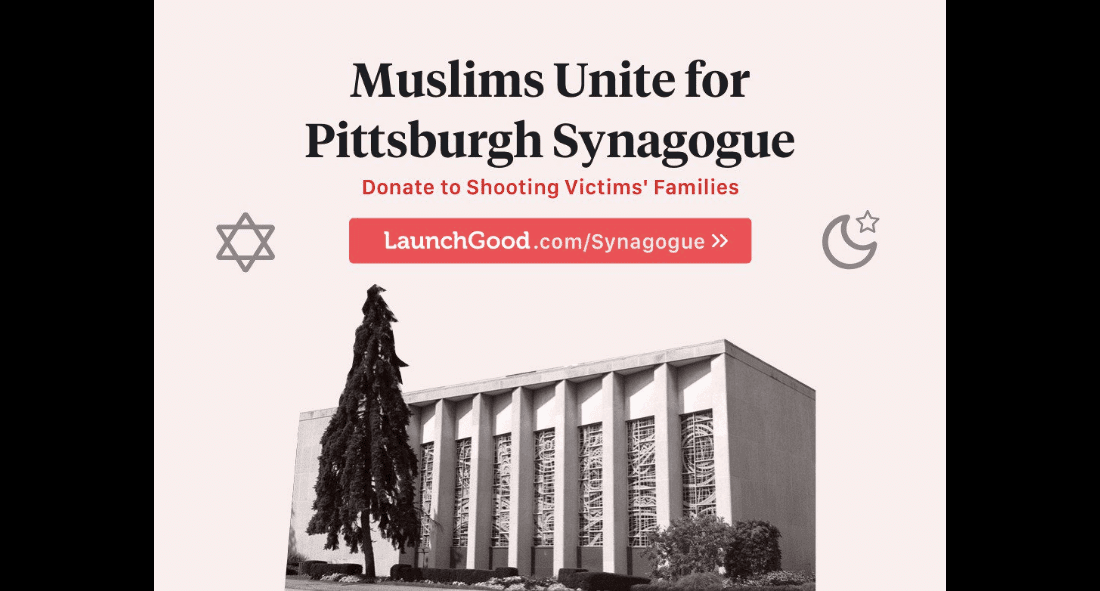 Two Muslim-American groups, Celebrate Mercy and MPower Change, raised more than $150,000 from about 3,600 donors in just over 48 hours. The money is already being sent to victims and their families, and it’s expected to pay for the funerals of all 11 people who were killed in the violent attack.

The progressive organizations said the successful campaign began as a show of unity.

“Initially it was intended to be a gesture of solidarity,” said Linda Sarsour, the co-founder of MPower Change, in an interview with CBS News on Monday. “We wanted to give more than just ‘thoughts and prayers.’”

The organizers increased the fundraising goal several times to reflect the outpouring of giving, according to the fundraising page. On Monday morning, organizers transferred $25,000 via PayPal to the Islamic Center of Pittsburgh (ICP) for families of the victims at Tree of Life Congregation, the synagogue targeted in Saturday’s attack.

Why the focus on funerals? Because Jewish tradition calls for funerals to take place immediately. The donations were also a way of showing that people of different faiths, despite intense cultural differences and longstanding feuds, can still support each other’s right to worship peacefully.

Wasi Mohamed, the executive director of the ICP, said Monday that the center was in touch with the Jewish Federation of Greater Pittsburgh, Tree of Life and local funeral homes to figure out how to distribute the funds.

“Pittsburgh is such a tight knit community and the Islamic Center of Pittsburgh are true friends of the Jewish community here,” Josh Sayles, director of the Jewish Federation’s community relations council, said in an interview. “They have stepped up for us in countless ways. There’s few things keeping us going right now, but this is at the top of the list.”

If you’ve been looking for some good news, this fundraising effort may be it. And to add to the positivity, the crowdfunding site they used, LaunchGood, doesn’t even advertise how much donors contribute. That is true charity.

There are no limitations on how victims and families can use the money, Sarsour said.

LaunchGood, the crowdsourcing site hosting the campaign, is a five-year-old Muslim-centered platform for grassroot fundraising efforts. Unlike similar sites like GoFundMe, LaunchGood does not publish the names of donors or how much they give, reflecting a belief in Islam that “the right hand gives, the left hand doesn’t know,” Sarsour said.

“In Islam, the idea of charity is something to strengthen your relationship with God,” Sarsour said. “It’s supposed to be something that’s secret. You’re not suppose to (sic) flaunt it.”

We often write about how religion is used to justify a lot of terrible actions. But when it inspires people to do amazing things, we shouldn’t ignore it even if we disagree about the underlying truth. More power to the generous donors and Muslim leaders who acted quickly when another religious minority was in need of support. May it serve as a catalyst for other groups to jump in the same way.

You can donate to the fundraiser right here. 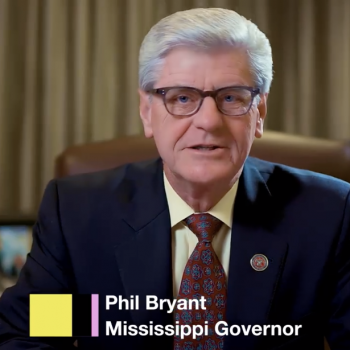 November 1, 2018 Mississippi’s Republican Governor Promoted an Evangelical Pastors' Summit
Browse Our Archives
What Are Your Thoughts?leave a comment