This Event for WV Pastors Will “Prepare” Their Churches “for the Voting Booth” October 31, 2018 Hemant Mehta

On Friday, the Family Policy Council of West Virginia & Family Research Council will host a pre-election briefing for pastors in the state.

On the schedule? A discussion about a Wiccan candidate (OH NO), how Satan’s minions are targeting churches (wut), and how to “prepare your congregations for the voting booth” (Wait…). 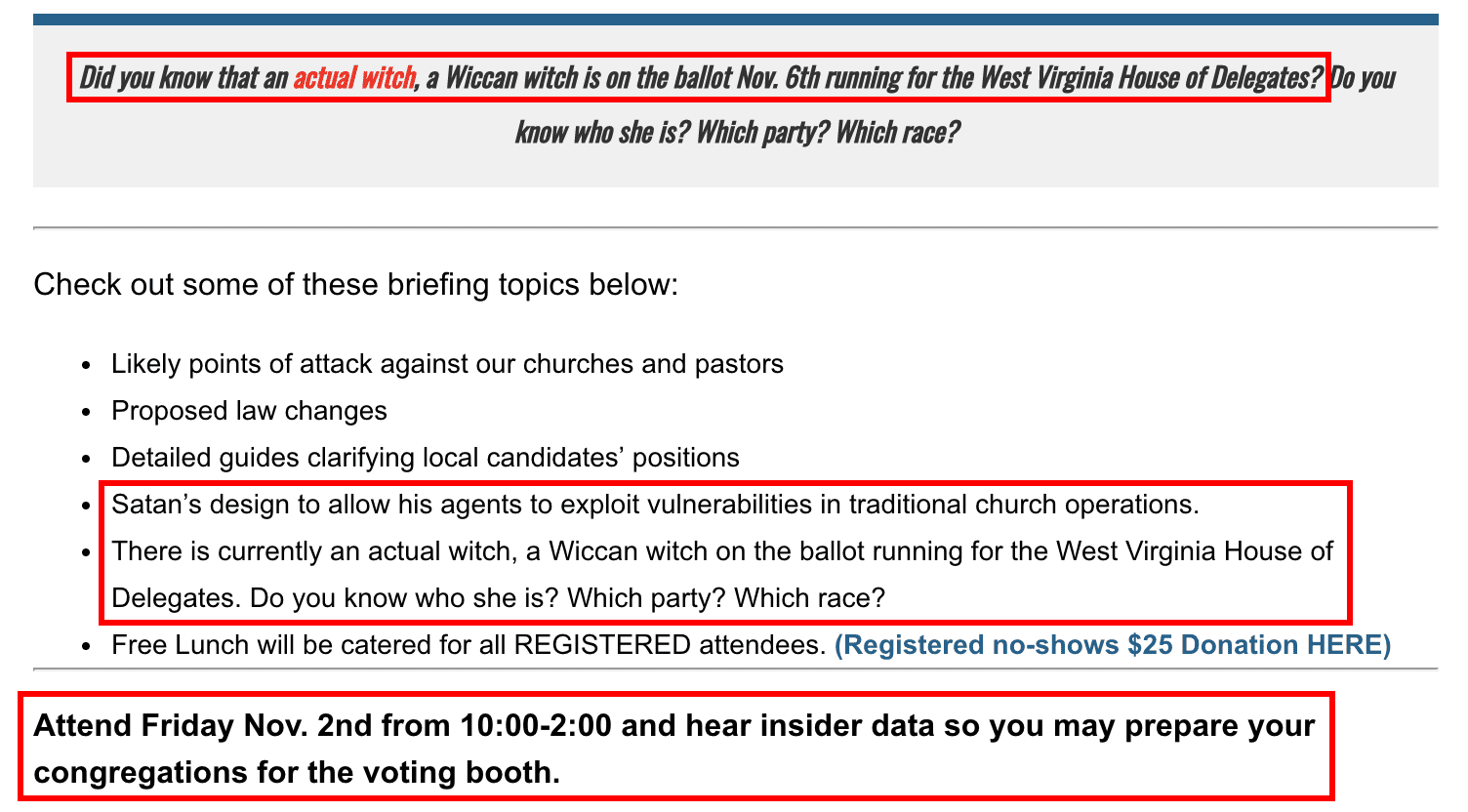 The Freedom From Religion Foundation is now telling the IRS this is a direct violation of the Johnson Amendment which prohibits non-profits (including churches) from telling their members how to vote — and which Donald Trump, contrary to his lies, has not unilaterally repealed.

Most alarming… is the event’s pitch to ministers to “hear insider data so you may prepare your congregations for the voting booth.” The Freedom From Religion Foundation seeks to remind pastors that if their churches endorse particular candidates or political parties, they are violating the law and risk losing their tax-exempt status. This rule is particularly critical just days before an election.

West Virginia churches should be aware that any groups urging them to tell their congregation which candidates to vote for are urging them to break the law. Out of respect for the rule of law, the constitutional separation between church and state, and to keep the divisiveness of politics out of church congregations, FFRF urges all West Virginia churches to let their congregants decide which candidates or political parties to vote for on their own.

Will the letter do anything? It’s doubtful given how cowardly the IRS has been in terms of pursuing religious groups violating their own rules… but the letter also serves as a reminder that we’re watching these groups even if the IRS doesn’t give a damn.

By the way, that Wiccan candidate for District 7 is Lissa Lucas, whose platform includes taking big money out of politics. She’s not just saying that, either. Her most newsworthy moment in the past year may have been when she was kicked out of a public hearing in the House of Delegates because she was yelling out how much money elected officials had taken from oil and gas companies. She’s now running to join that group of officials and be part of the change. Talk about badass…

But why should right-wing Christians focus on how Republican politicians (in this case) are influenced by corporate interests when they can just rile up a group of gullible pastors by reminding them Lucas doesn’t belong to a traditional faith? Better to scare them with the W-word instead of mentioning her actual, perfectly respectable political goals. 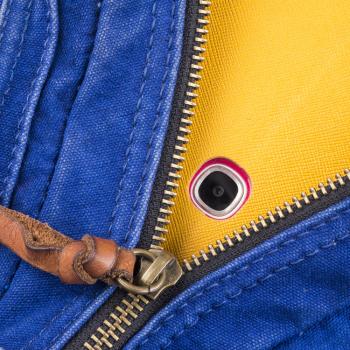 October 31, 2018
Pastor and Coach Charged with Voyeurism Over Indecent Videos of Children
Next Post 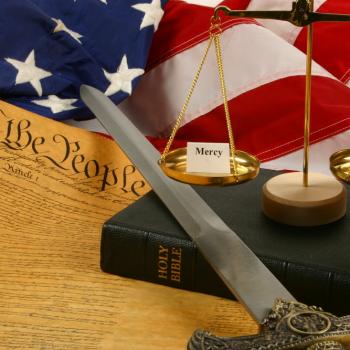