Christian Preacher: The Mail Bombs Were Part of a Plot to Get Democratic Votes October 31, 2018 Hemant Mehta

Christian Preacher: The Mail Bombs Were Part of a Plot to Get Democratic Votes

Christian preacher Lance Wallnau believes the critics of Donald Trump will face the wrath of God and that Satan controls our minds. He’s not in any sense a man worth paying attention to. At least in normal society.

Too bad we don’t live in one of those.

Wallnau was preaching at Antioch International Church in Fort Mill, South Carolina over the weekend, and he claimed that the pipe bombs recently sent to Democratic leaders were all just part of a hoax in order to garner sympathy for a potential blue wave in next week’s elections. The guy who sent them? Obviously possessed by Satan.

“Christians are coming under the bombardment of manipulated demonic news cycle because, of course, the devil is a master of propaganda and he must get control of American government,” Wallnau said, asserting that the bombs presented no actual danger and were merely “meant to send a message.”

“They were all sent to processing centers, they weren’t sent to personal addresses,” Wallnau falsely claimed. “You know why? Because processing centers can pick them up and find them and the bombs themselves were not designed, really, to hurt anyone.”

“The guy who was doing the pipe bombs was possessed,” he added. “The principalities and powers are desperate to try to kill the momentum of people that are in the movement that are helping Donald Trump withstand the destruction of America. And so the media is facilitated and blessed by cycles of demonic manifestation because they will spin it in order to discourage good people from feeling confident about supporting their cause.”

Wallnau is such a conspiracist that even if one of those bombs had gone off and injured its intended recipient (or worse), he would probably still say it’s part of some elaborate master plan against Trump. There’s literally nothing awful that could happen that he wouldn’t spin into some kind of persecution narrative. That’s how these people work. Everyone is out to get them. Reason is the enemy. The only way to justify defending this administration is to resort to the dumbest possible distortions out there. 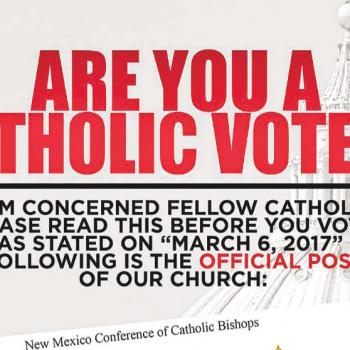